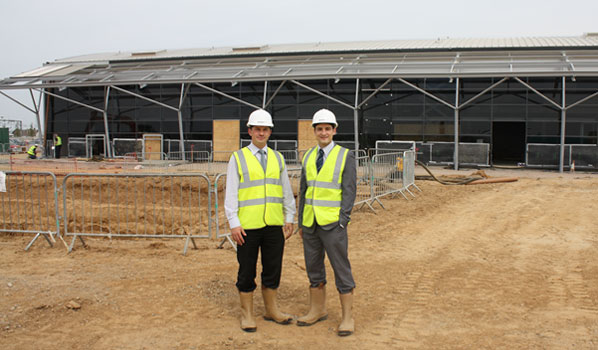 A workmanlike Jonny Rayner, London Southend’s Head of Business Development, shows anna.aero around the new terminal which will soon echo to the footfall of 700,000 easyJet passengers. anna.aero’s Ryan Ghee wisely keeps his desk-job hands in his pockets. Photo: James Nixon

anna.aero: Our analysis last week concluded that with easyJet basing three aircraft at London Southend Airport, there is still some aircraft time unaccounted for. Is there still another easyJet route to be announced?

Jonny: The time that is still free is a little bit awkward and it doesn’t quite allow for a service to a key market of interest without some shuffling. Domestics or short haul international services are the obvious ones we are advocating with easyJet. We may be in a position to announce another easyJet route in September, who knows?

anna.aero: After easyJet, how will the route network be further developed in the future?

Jonny: We’ve already got services from Flybe and we have a five-year agreement with Aer Arann who have indicated that they would like to base an aircraft at the airport in the future. They could introduce five or six new routes in the near future and that would deliver about 300,000 annual passengers. At the moment the route network has a heavy sunshine emphasis but we will look at adding other European destinations. I wouldn’t be at all surprised to see services to the likes of Italy, France, Germany, Switzerland, Scandinavia and domestic services in the next year or two. 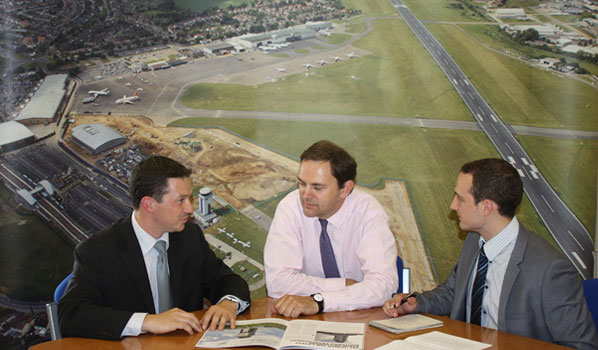 Alastair Welch, London Southend’s managing director, Jonny Rayner, head of business development and anna.aero’s Ryan Ghee. Welch : “We may be in a position to announce another easyJet route in September.” Photo: James Nixon

anna.aero: Bearing in mind the 10-year agreement that is in place with easyJet, are you now in a position to go after other airlines?

Alastair: We plan to continue our expansion with Aer Arann and Flybe and there are a number of other airlines out there who may be interesting to us. We’ve always anticipated that we would have an anchor tenant at the airport and easyJet now fills that role. There is also a gap in the charter market so we need to work on what services we could offer with a 757, for instance.

anna.aero: There are approximately 1.4 million people living within one hour of SEN. However, how big is SEN’s unique catchment?

Jonny: I don’t really believe in the idea of a unique catchment because if you add up the unique catchment of every airport in the UK, the population of the UK would work out to be a lot more than the 60 million reality! What we do know is that last year, over a million people living within 20 minutes of London Southend Airport took flights into Europe from other airports, so the demand is definitely there.

anna.aero: How important is it for the airport to have the Stobart branding behind it? If it was a different development company investing in the airport, do you think the level of interest generated and the outcome would be same?

Alastair: The investment by the Stobart Group has brought two things. The first was to secure the investment that the airport needed and to do so in advance of the London 2012 Olympics. The second thing is that it has brought with it some of the attributes associated with the Stobart name, such as the level of quality, customer service, reliability and so on. It has given us a visibility that we might not have otherwise had within the marketplace. Having said that, the new facilities will stand on their own two feet and London Southend will be a great airport in its own right. 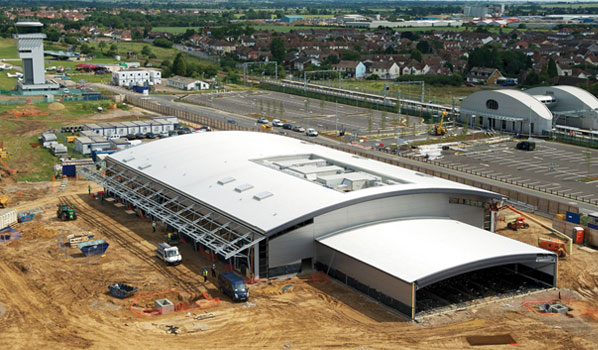