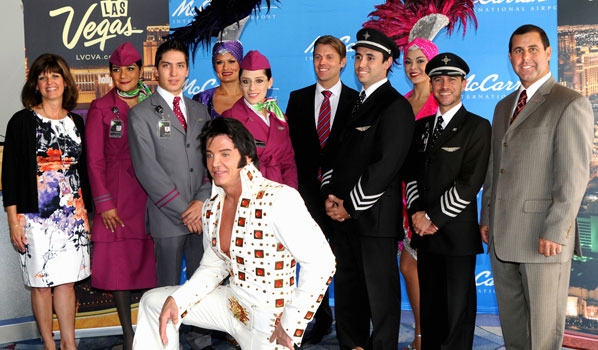 Officials from Las Vegas McCarran International and the Las Vegas Convention and Visitors Authority held a welcoming ceremony for Volaris’ first flight from Mexico City. Showgirls and Elvis were on hand to welcome arriving passengers and airline officials. The new service complements the low-cost carrier’s existing route from Guadalajara. Volaris’ CEO Enrique Beltranena got the honour of cutting the cake as the Mexican low-cost airline added a further – sixth – route to Los Angeles, this time from Mexico City. (Photos: Jay Berkowitz/LAWA)