Cake of the Week:
Spirit Airlines’ Las Vegas to Oakland 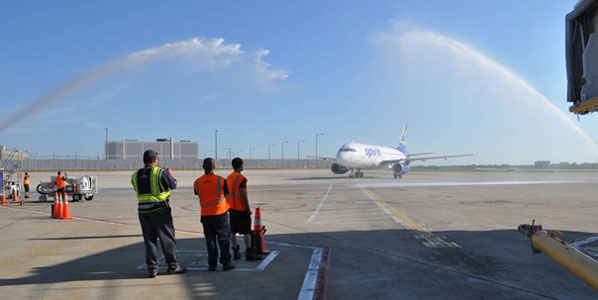 Spirit Airlines’ first of the new flights at Chicago O’Hare was welcomed upon arrival from Boston. At Dallas/Fort Worth, Spirit Airlines’ Chicago O’Hare route was welcomed with a cake and the airline’s Director Corporate Communications, Misty Pinson, was dressed for the occasion.