Iraq welcomes the return of Egyptair; Emirates coming to Baghdad in November joining Etihad and Austrian Turkish Airlines is among the airlines best connected with Iraq. This summer, the Star Alliance airline has connected its Istanbul Atatürk hub with three Iraqi airports; Basra, Najaf and Sulaymaniyah.

According to OAG data, Iraq has six airports currently offering scheduled air services with Baghdad International Airport the country’s busiest. This year has been a significant year for the airport with the return after 21 years of direct flights from Vienna operated by Austrian Airlines, Egyptair returning to the airport this week (four weekly flights from Cairo), and Emirates launching services from Dubai from mid-November. Fellow MEB3 carrier Etihad Airways has been serving Baghdad since April 2010 from its base in Abu Dhabi. 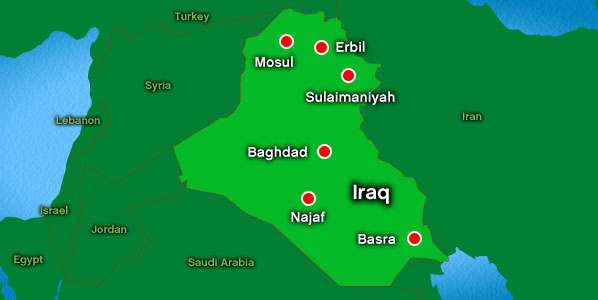 Erbil has new terminal and is growing fast 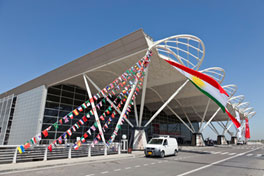 Although Baghdad is the busiest airport in the country, Erbil International Airport, which opened a new terminal in 2010, offers a similar level of international services. Located in the Kurdistan autonomous region in the north of the country, the airport’s website indicates that passenger numbers were 356,850 in 2009 (up 18% on 2008) and are likely to have risen significantly with the opening of the new terminal. Since the beginning of 2010, Erbil has welcomed new services from Etihad (Abu Dhabi route started in June 2010), flydubai (Dubai route started in July 2010), Lufthansa (Frankfurt route started in April 2010), and Turkish Airlines (Istanbul route started in April 2011). This week saw Egyptair launch services from Cairo to the airport, with three weekly flights.

The other airports, serving Basra, Najaf and Sulaimaniyah, are all served by some of the region’s highest profile airlines such as Air Arabia, Emirates, flydubai, Gulf Air, Royal Jordanian and Turkish Airlines.

The country’s national airline has had to endure many problems in recent years. It currently operates a fleet of around 20 aircraft including assorted 737 types, 767s and six CRJ-900s. It has ordered 787s for long-haul operations but may replace these with 777s due to delays in the 787 delivery programme.