In mid-July, Mexico’s largest airline AeroMexico launched a seasonal route between Monterrey in northern Mexico and Brownsville in southern Texas – a distance of only 270 kilometres across the border, but a way to avoid the border areas currently troubled by ‘drug wars’. The success of the flights, which have been operating at nearly full loads, means that this route since has been announced to continue operating year-round as well as with an additional, third weekly frequency.

Mexico’s domestic market continues to evolve and adjust to the loss last August of Mexicana and its various subsidiaries. Domestic traffic was up 1.2% in May, up 1.4% in June but down 0.5% in July. Interjet, which had less than 6% of the market in early 2007, has now emerged as the single biggest domestic airline with over 26% of the domestic market in July, its highest ever share. 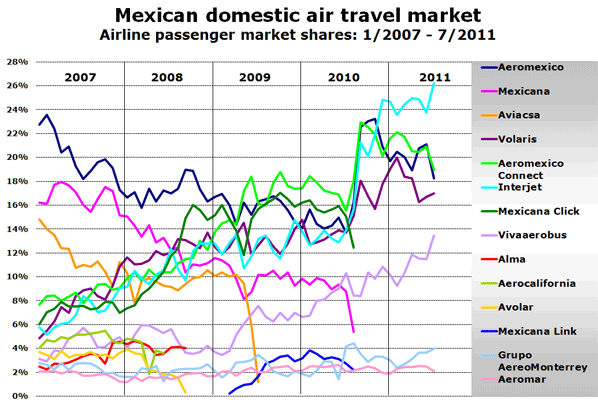 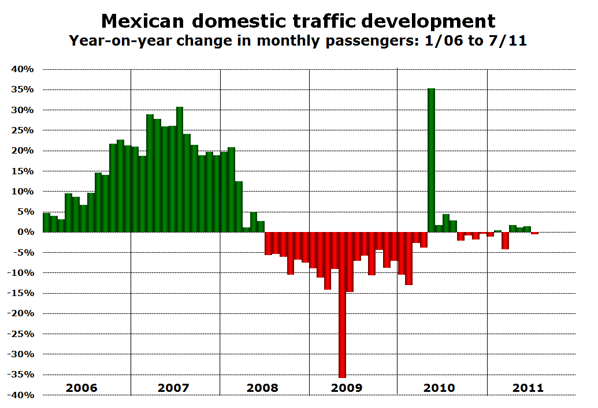 International traffic up in May and July, down in June 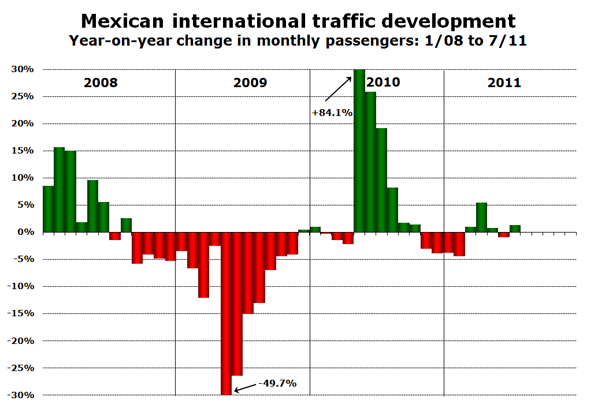 Since the beginning of July, new international services have been started by: