Route of the Week:
China Eastern’s Shanghai Pudong to Hamburg Cake of the Week:
Norwegian’s Gothenburg to Rome Fiumicino A boot-shaped cake was offered to the passengers on Norwegian’s first flight from Gothenburg to the Italian capital Rome. Joel Persson (age 10) got to cut the ribbon with Norwegian’s captain Peter Henriksson. Air China’s first flight taking off for Tokyo Narita from Wuhan with 112 passengers called for major celebrations. Representatives of the airline, airport and the local government got the honour of touching the launch ball before the local airport staff got to try as well. Several TV crews were on site to cover the festivities. 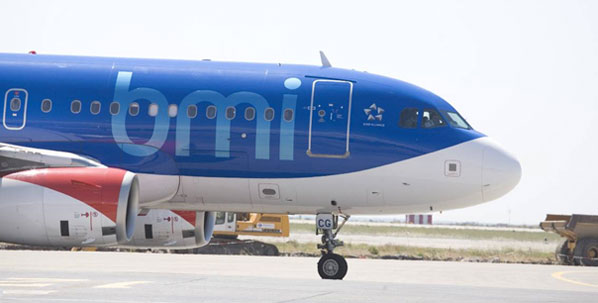 A picture was taken of bmi’s A320 arriving at Nice Côte d’Azur Airport from London Heathrow on 25 August. The ribbon for United’s new service to Oklahoma City from San Francisco was cut by John Aynes, Managing Director United Express Operations, and Mark Kranenburg, Oklahoma City Airports Director, who were helped by the United crew. After speeches by both executives, passengers boarded the inaugural flight on United’s fifth route from Oklahoma City. When China Southern launched a new cargo route Shanghai-Los Angeles-Vancouver-Shanghai, there were grand celebrations in the Canadian city – including a cake! The dedicated freighter route is operated four times weekly with B777-200F aircraft.