With the launch of daily services between Moscow Vnukovo and Tallinn last month, UTair now serves the capitals of all three Baltic countries. Flights to Riga launched a year earlier and Lithuania’s capital Vilnius has been served since December 2007.

Recently released figures from Russia’s Transport Clearing House shows that UTair now ranks as Russia’s third-largest airline by passengers transported. In spite of the rapid growth of Transaero, UTair has now surpassed the airline and ranks behind only Aeroflot and S7. If looking at the domestic market only, domestically strong UTair affirms its position even further. 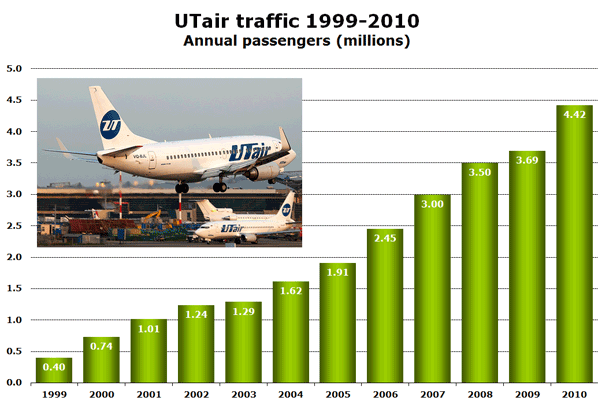 Although the airline is headquartered in Khanty-Mansiysk in Western Siberia, its main base is at Moscow’s city airport Vnukovo where it has a share of an entire 46% of the airport’s total seat capacity. At Vnukovo, UTair has benefited from the failure earlier this year of Moscow Airlines (previously Atlant-Soyuz Airlines) from which UTair also has taken over aircraft.

After the capital airport, UTair offers the most capacity out of Surgut and Tyumen in Western Siberia and Ufa, which is located west of the Urals. The airline also has a Ukrainian subsidiary that operates its flights between Ukrainian regional airports and Moscow Vnukovo. 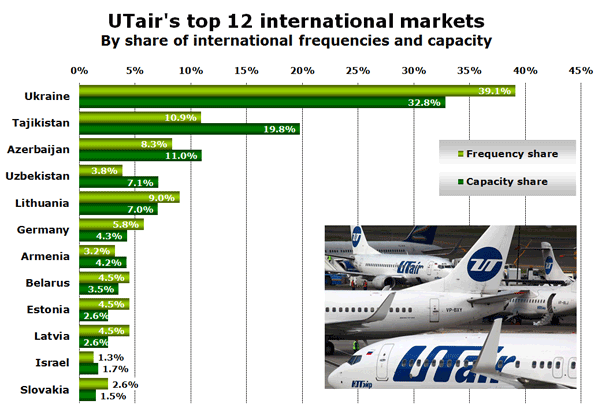 After the Ukraine, Central Asian countries are UTair’s largest markets. These markets are served with larger aircraft at lower frequencies, as shown in the discrepancy between their share of frequencies and seat capacity.

Below is a summary of UTair’s international routes so far launched this year, according to the anna.aero new route database. 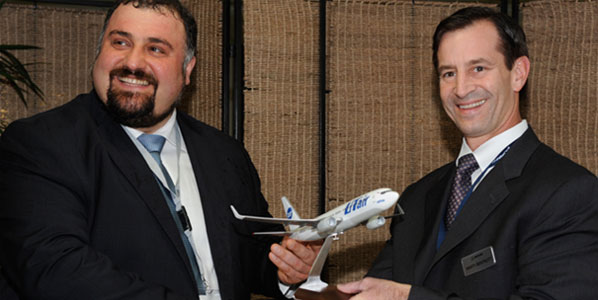 UTair is currently undergoing modernisation of its varied fleet, which also allows the airline to continue growing. The airline, which is the largest operator of the Tu-154 with 18 aircraft of the type, has orders for 24 also Russian-built Sukhoi Superjet 100s.

From Boeing, UTair currently operates 29 737 Classic aircraft and eight 737-800s as well as four 757s. The airline will take delivery of a further 40 737NG aircraft with the recently announced order of 33 737-800s and seven 737-900ERs. Unconfirmed rumours in the Russian press recently suggested that UTair also may be eyeing the 767.

Although UTair currently has no further new routes announced, its ambitious growth plans make it apparent that it is a Russian airline that much more will be heard from.