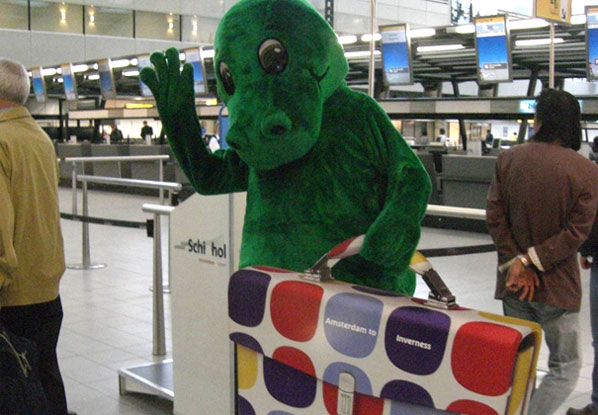 Celebrity passenger on Flybe’s first flight: Nessie checked in for the inaugural flight to Inverness, near its Loch Ness home, at Amsterdam Airport Schiphol.