Italian airport traffic up 8.6% so far in 2011; Venice gets big boost from Treviso’s temporary closure 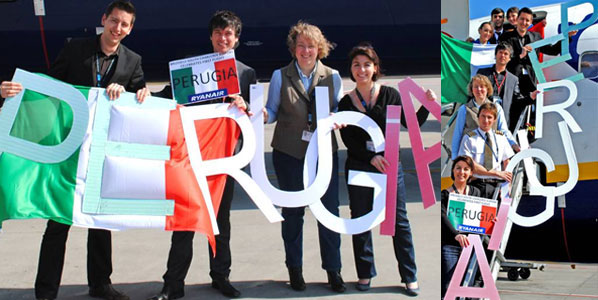 Perugia is among the fastest-growing smaller airports in the first seven months with +64.3% – our photo shows the launch of twice weekly Ryanair services from Brussels South Charleroi in March. 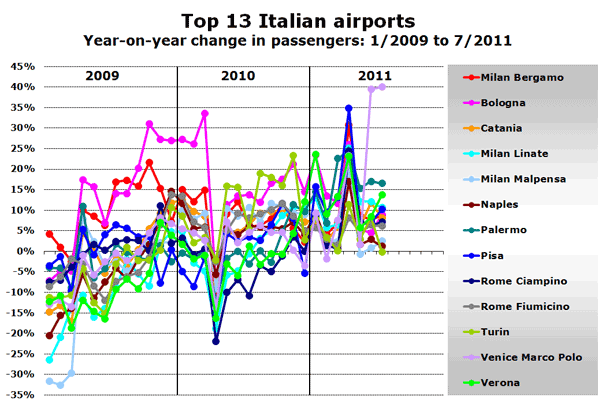 Venice Marco Polo’s exceptional growth of 40% in June and July can be explained by the temporary closure of nearby Treviso airport for runway maintenance works. As a result several low-cost airlines, notably Ryanair and Wizz Air, have transferred flights to the bigger airport which is closer to downtown Venice. Treviso airport is currently scheduled to re-open in early December. 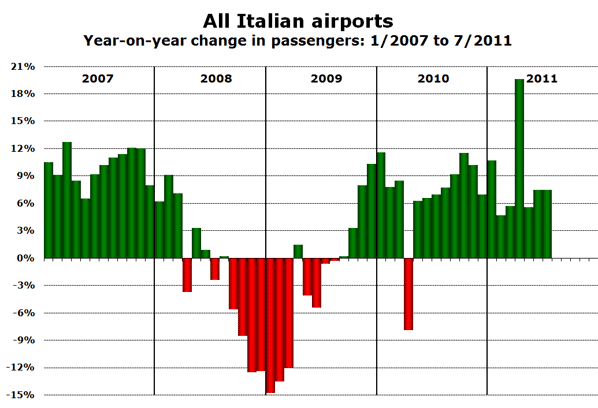 For the last 20 months Italian airport traffic growth has typically averaged between 6% and 9%, with the exception of the last two Aprils.

Rimini and Perugia traffic up 65%