Boeing speeds up deliveries to 48 in August; Airbus still has annual lead 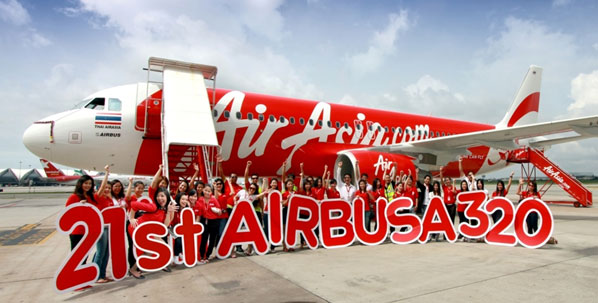 Thai AirAsia is one of many Asian airlines to support Airbus’ delivery lead over Boeing. The Thai franchise of the AirAsia brand just had its 21st A320 delivered, although the August holiday season in Europe did mean that Boeing delivered more aircraft than its European competitor during that summer month.

The summer holiday season caused a change in the delivery race between Airbus and Boeing. In July, the two manufacturers were nearly neck and neck; 40 aircraft delivered by Airbus compared with 38 by Boeing. However, in August, Boeing sped up its production rate to an impressive 48 units, while Airbus delivered ‘only’ 36.

Boeing’s delivery of 40 narrowbody aircraft in August is notably a new record for the aircraft manufacturer, which never before has broken the 40-barrier.

This situation is similar to that of last August when Boeing delivered 45 and Airbus 37, indicating that it may be a result of the European holiday season. In spite of this, Airbus still leads the race for the year to date; 334 Airbus aircraft have been delivered compared with 308 from Boeing 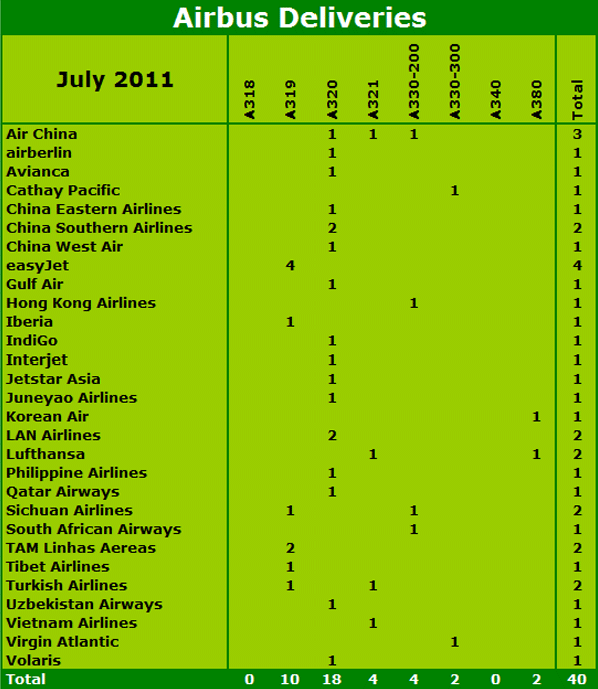 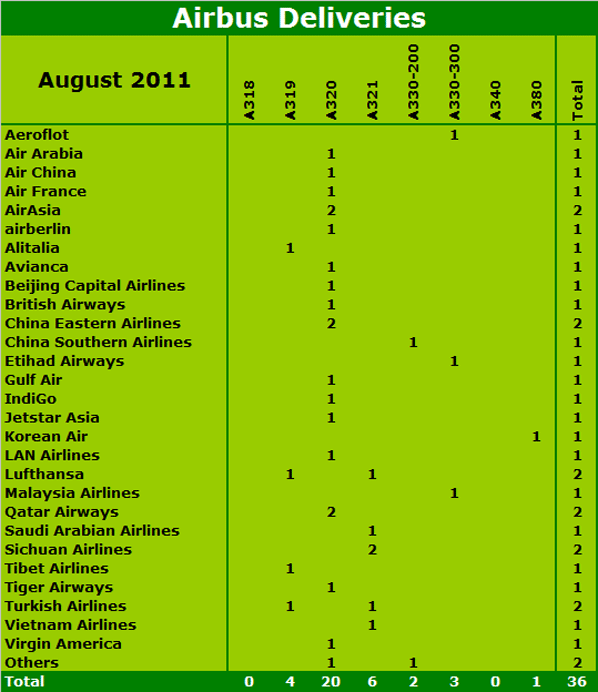 Airbus was especially popular with Asian carriers in July as it delivered 17 units (of which eight A320s) to 13 airlines from the continent. However, easyJet in Europe once more took the monthly lead with four A319s in July alone.

In total, Air China received the largest number of aircraft, however, as a result of receiving deliveries from both manufacturers; four Airbuses of three different types, two A320s, one A321 and one A330-200, as well as five Boeings of two different types; three 737-800s and two 777-300s.

Both China Eastern and China Southern also had large deliveries from both Airbus and Boeing, receiving four and five aircraft respectively. Three A320s and one B737-700 went to China Eastern, while two A320s, one A330-200, one 737-800 and one 737-700 were delivered to China Southern.

Hainan Airlines also received aircraft from both manufacturers; two A320s and one 737-800.

Over July and August, Airbus delivered three A380s, of which two were to Korean Air and one to Lufthansa. In addition, Lufthansa also received two A321s and one A319. 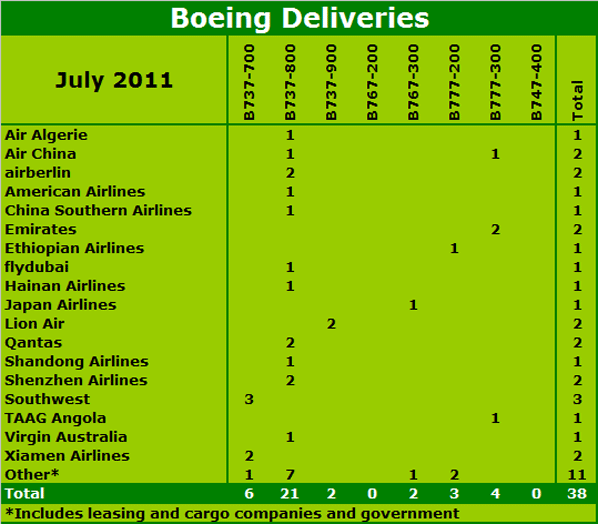 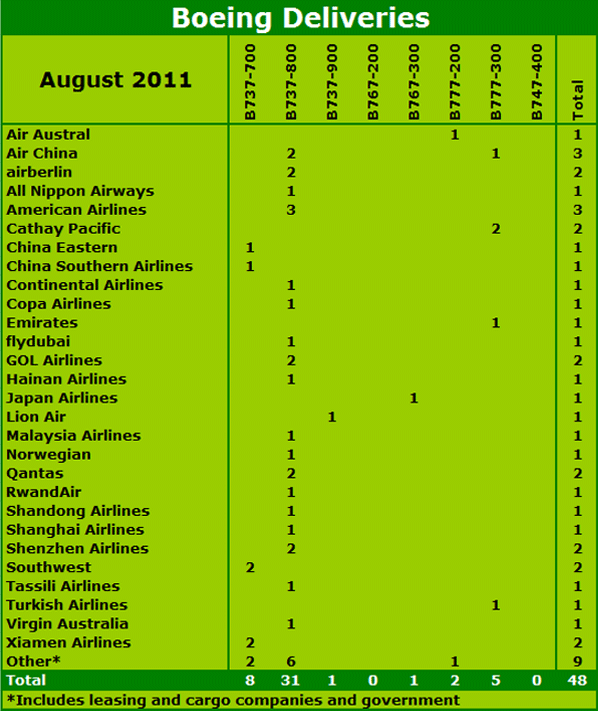