China’s 7th busiest airport at Kunming soon to be replaced 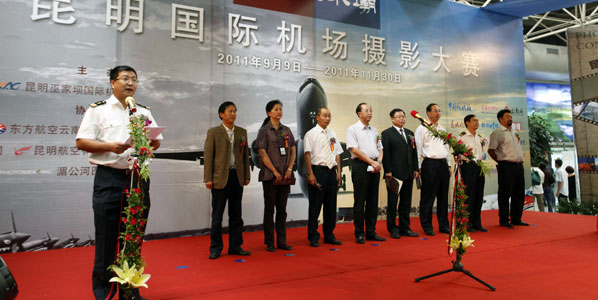 Kunming’s Wujiaba International Airport handled 20.2 million passengers in 2010 making it China’s seventh busiest airport. However, a growth rate of just 6.6% made it the slowest-growing of China’s top 12 airports. Due to its proximity to downtown Kunming, further expansion is proving difficult (the airport has just one 3,400-metre runway) and so the city is building a new airport, Kunming Changshui International Airport, which is scheduled to open later this year.

Domestic flights account for almost 95% of weekly scheduled seat capacity, with China Eastern Airlines the dominant carrier with around 43% of capacity, followed by China Southern and Lucky Air. 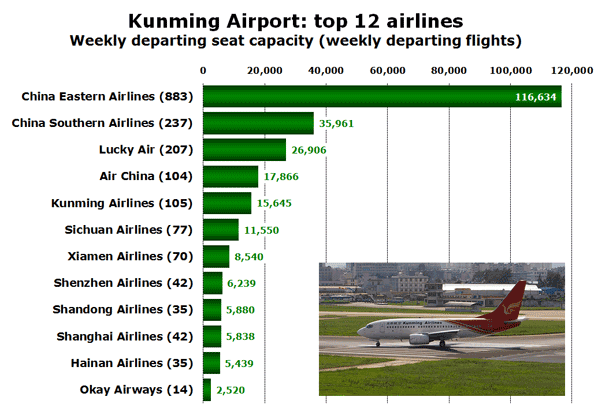 A total of 25 airlines currently operate scheduled services at the airport, including local carrier Kunming Airlines which only launched flights in 2009 and currently operates a fleet of five 737-700s (Source: ch-aviation) to 14 destinations from its home airport.

Dubai served twice-weekly but no European flights yet

International services are mostly to regional destinations such as Hong Kong, South Korea, Taiwan and Thailand. There are as yet no non-stop services to Europe, but China Eastern does operate two weekly flights to Dubai. Carriers from outside Mainland China at the airport include Dragonair and Hong Kong Express from Hong Kong, Korean Air from Seoul, Lao Airlines from Vientiane, Malaysia Airlines from Kuala Lumpur, Silk Air from Singapore, Thai Airways from Bangkok and Vietnam Airlines from Hanoi.