After the celebratory cake was cut, Sanjay Verma, India’s Consul General to Dubai, got the honour of cutting the ribbon for IndiGo’s first international route at Dubai International Airport. After operating domestically for five years, the Indian low-cost carrier has aggressive international growth plans.

Latest data from the Indian DGCA (Directorate General of Civil Aviation) confirms that India’s domestic air travel market continued to show impressive growth in the second quarter of 2011, with passenger numbers up 15% to 15.31 million passengers. 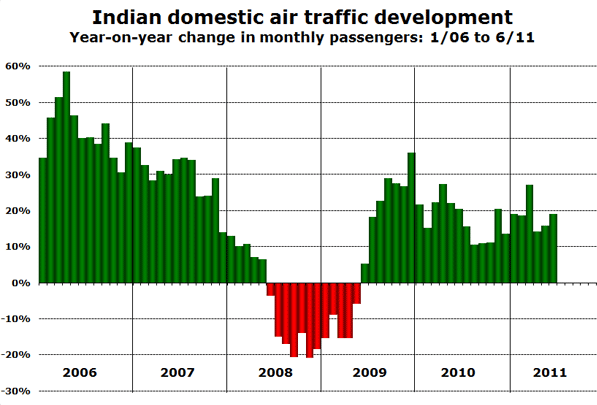 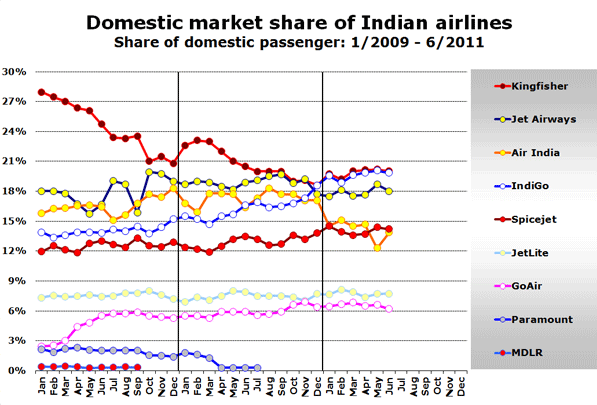 DGCA figures for June also show that Indigo had the highest seat load factor figure of 87.3%, followed by Kingfisher (86.5%) and JetLite (83.3%). Air India had the lowest domestic load factor of just 73.0%. Both GoAir and IndiGo reported zero flight cancellations in June, while Jet Airways and IndiGo both achieved on-time performance ratings of over 90%. Air India managed just under 72%.

Figures from the Airports Authority of India show that international traffic passing through the country’s airports rose by 9.4% in the second quarter of 2011. The international market has been extremely robust in recent years with year-on-year traffic decline occurring just twice since the beginning of 2007; in February and March 2009. 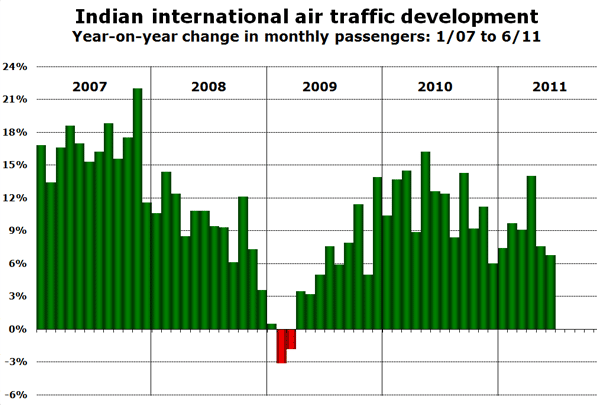 Having served its five-year notice period IndiGo recently launched its first international flights from Delhi to Dubai (on 1 September) and Bangkok (8 September) with both routes being operated on a daily basis. This week sees the start of its third international route from Delhi to Singapore. Mumbai services to Bangkok, Dubai, Muscat and Singapore start next month.