Route of the Week:
China Airlines’ Taipei to Sanya 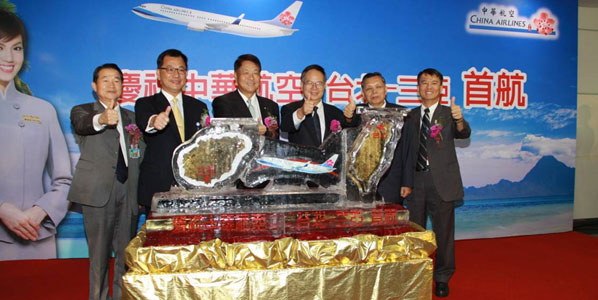 Celebrations were held in Sanya on the holiday island of Hainan off the coast of Mainland China when China Airlines arrived from Taipei Taoyuan in Taiwan. An ice sculpture was made with pictures of the two islands and a China Airlines 737-800 embedded.

Cake of the Week:
WestJet’s Hamilton to Las Vegas 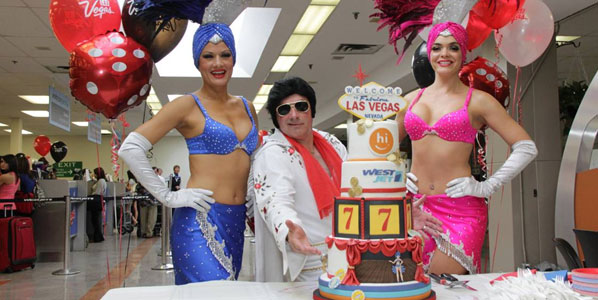 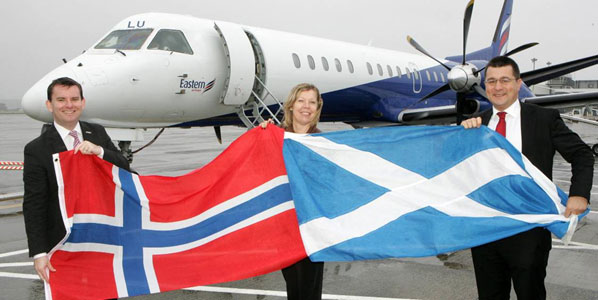 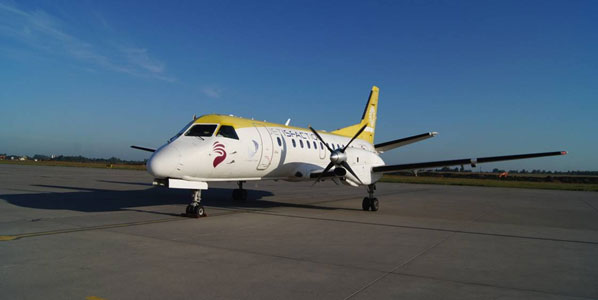 There were no celebrations in Poznan for the arrival of Jetisfaction, but the airport had this picture taken of the Saab 340 aircraft after its arrival from Münster/Osnabrück, before continuing to Wroclaw. Ningbo in eastern China is Jetstar Asia’s fifth destination in Mainland China from Singapore. The airline crew was given a warm welcome to the city with a traditional banner and flowers. Here’s a launch ceremony we have never seen before! Yancheng City Government sent a delegation to the opening ceremony held at the Novotel in Taipei. The dignitaries appear to each pour a bottle of red wine into an ice sculpture. 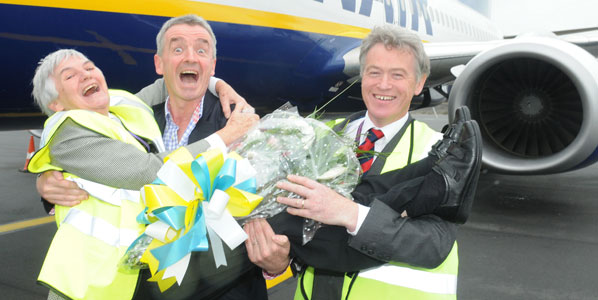 Last Monday, Ryanair welcomed its 4-millionth passenger at Ireland West Airport Knock and the airline’s CEO Michael O’Leary personally went to welcome her. He is here seen with the lucky passenger, sister Maude Murphy from Knock, and the airport’s chairman Liam Scollan. 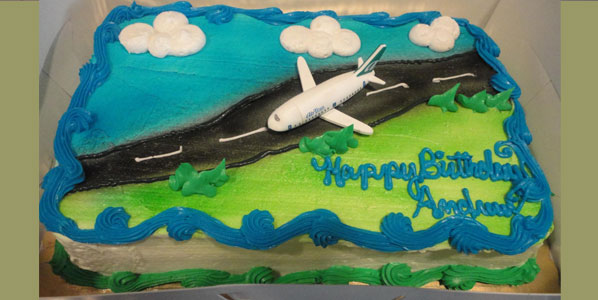 Kevin Schorr, VP Air Service Development at InterVISTAS Consulting, shared this picture with us. It is not to celebrate a new route launch, but for his son’s birthday! What a happy birthday it must have been for Andrew with such a birthday cake! 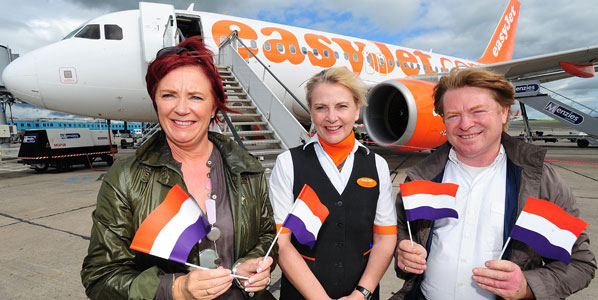 At Belfast International, there were celebrations for easyJet’s announcement that frequencies on the Amsterdam route increase from daily to ten weekly on 6 November. Terry O’Connell from Dublin, easyJet crew manager Heather Clarke and Kevin McCarthy from Comber celebrated. 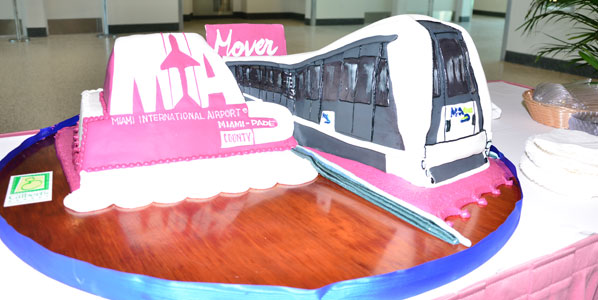 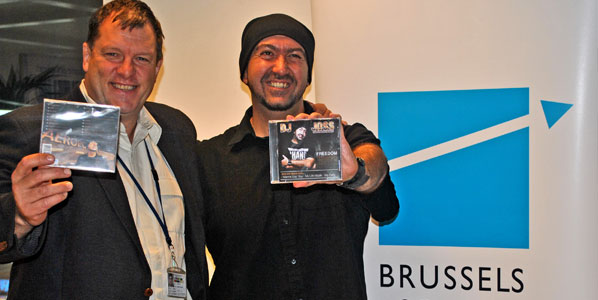 Brussels South Charleroi Airport celebrates its 20th anniversary and as part of the celebrations, the airport released its ‘anthem’ composed by local artist DJ Joss – here seen with the airport’s CEO Jean-Jacques Cloquet (left). All profits from album sales go to charity. See the music video and listen to the song on YouTube.