At the beginning of this summer season, Wizz Air moved its Kiev operations to Zhulyany Airport, the older airport closer to the city centre. Turnaround times are, however, scheduled to be longer at this airport than elsewhere in Wizz Air's network. 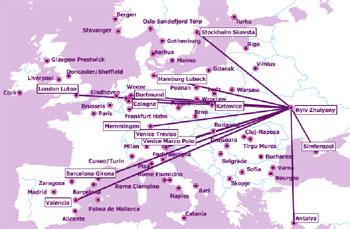 When Wizz Air first entered the Ukrainian market in July 2008, it focused on domestic services, and operated with just one aircraft from a base at Kiev’s Borispol airport. International services began to London Luton in December 2008, followed in January 2009 by further services to Cologne/Bonn, Dortmund, Katowice and Oslo Torp.

Domestic services were gradually dropped, with the exception of a Kiev – Simferopol service (which is operated daily during the summer season) and international services have been expanded. Last week saw the launch of two new routes to Barcelona (Girona) and Valencia, operated from Kiev’s Zhulyany Airport, which the airline moved to at the beginning of the summer 2011 season. This brings to 12 the number of destinations served by the airline from the Ukrainian capital.

As a result, Wizz Air Ukraine now operates 41 weekly departures with its two Kiev based 180-seat A320s, while the three London Luton weekly departures are operated by an aircraft based elsewhere in the airline’s extensive Central European network. 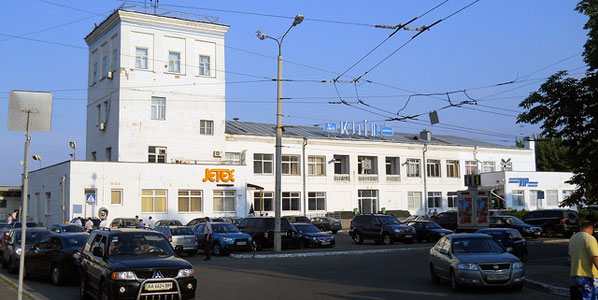 A low-cost airport to die for: Kiev Zhuliany