Chinese air traffic growth slows to under 5% in August CAAC data for August shows that the rate of growth of air travel demand has slowed to just 4.5%, the lowest rate since September 2008. The dominant domestic market grew by 4.6% while international traffic on Chinese carriers rose by 4.3%. Domestic load factors in July and August have been at 85.6% and 85.0% respectively, and in the first eight months of the year domestic load factors have averaged 82.4%, up 2.2 percentage points on the same period in 2010. 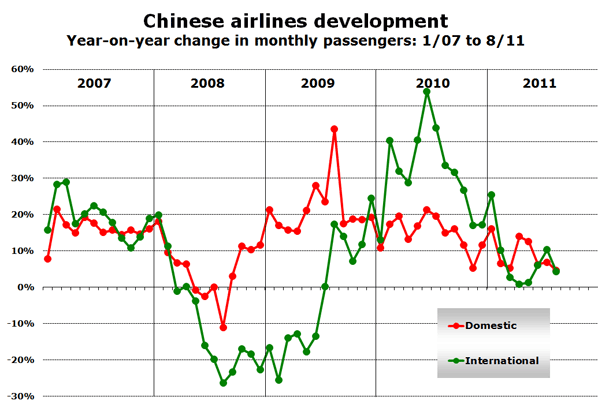 Since the beginning of July a number of new long-haul international services to and from China have been introduced:

Other long-haul international routes to China announced recently include: