flydubai launches new routes to Ukraine and Russia from Dubai 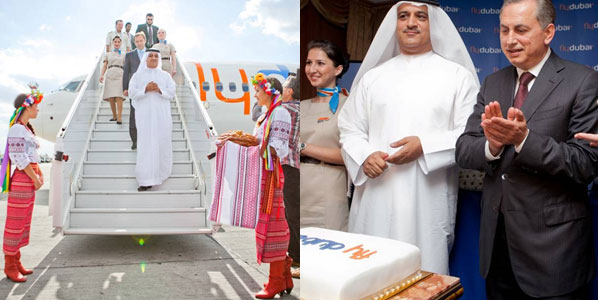 At each of the three Ukrainian airports now served by flydubai, the airline’s CEO Ghaith Al Ghaith was greeted with a welcome ceremony. And there was plenty to eat too – both the traditional bread and salt as well as the more modern cake, which caught they eye of Boris Kolesnikov, Ukraine’s Deputy Prime Minister, Minister of Infrastructure and Chairman of UEFA Euro 2012.