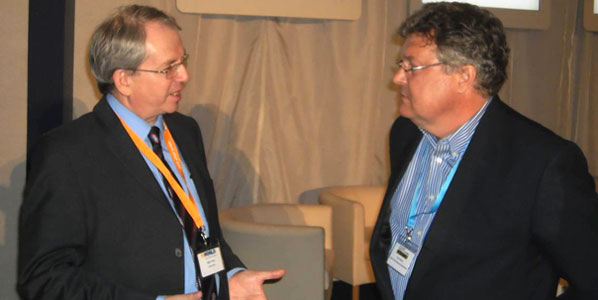 anna.aero’s Editor Ralph Anker chatted with Trey Urbahn, Azul’s Head of Marketing and Planning, at the recent World Low Cost Airline Congress in London. Under Brazilian law, the carrier is extremely limited in what additional fees it can charge for (such as hold baggage and in-flight catering). The carrier is now a clear third in the Brazilian domestic market with a share of close to 10%.

Domestic air traffic in Brazil continues to register double-digit growth with airport passenger numbers up 19.7% to just over 106 million in the first eight months of 2011. Passengers on international flights were up 16.4% to just over 12 million during the same period, putting further pressure on Brazil’s stretched airport infrastructure. 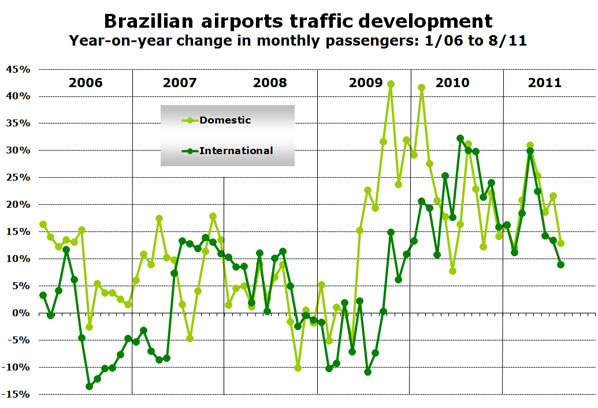 For the second time this year, GOL has snuck ahead of TAM in terms of domestic market share in August (as measured in revenue passenger-kilometres, RPKs), having achieved the same thing back in February. Since then, the two carriers combined have seen a further erosion in their combined market share. In April, it was back up at 81.0%, but since then it has fallen to ‘just’ 77.2% in August. However, GOL was recently granted final approval to acquire fourth ranked Webjet, which had 5.7% of the domestic market in August. This will push GOL into a clear lead ahead of TAM and reduce the number of significant players in the Brazilian domestic market from six to five. 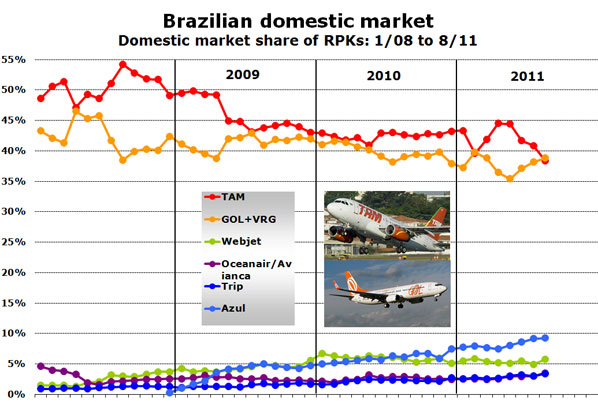 Third-ranked Azul continues to grow its market share and in August, it recorded a best-yet share of 9.3%.

This (northern hemisphere) winter sees Lufthansa re-launching non-stop flights to Rio de Janeiro, operating five weekly flights using an A340-300, while KLM is also re-launching non-stop Rio flights at the beginning of November (with three weekly flights). TAM is launching daily flights from Sao Paulo to Mexico City at the same time, with Avianca starting thrice-weekly flights from Bogota to Rio from 4 November. From 3 January 2012, Emirates begins daily flights from Dubai (with an onward sector to Buenos Aires) using a 777-300ER. Emirates and Qatar Airways already serve Sao Paulo from their Middle East hubs, but Emirates becomes the first of the ‘MEB3’ carriers to serve Rio de Janeiro.