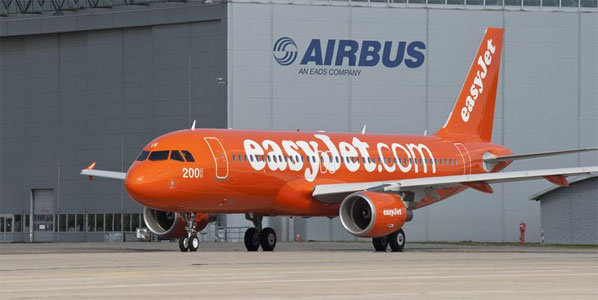 Toulouse goes more orange: According to easyJet’s Catherine Lynn "low cost penetration is only 24% – half the European average – we clearly have room to grow."

In the same week that Air France launched 13 new routes from Marseille, the country’s second biggest carrier, easyJet, announced that it would make Nice and Toulouse new bases starting next summer, with two aircraft dedicated at each airport. The airline already serves 16 destinations this summer from Nice and 11 from Toulouse, but has revealed that the basing of the aircraft next summer will result in the addition of five new routes from each airport. A summary of the airline’s networks from these two airports is shown below.

Analysis of easyJet’s route network at Nice shows that since the summer of 2003 the number of daily departures has remained relatively stable though the number of destinations has risen from nine to 16. Demand to Nice is seasonal with easyJet only operating around two-thirds as many flights during the off-peak winter months. 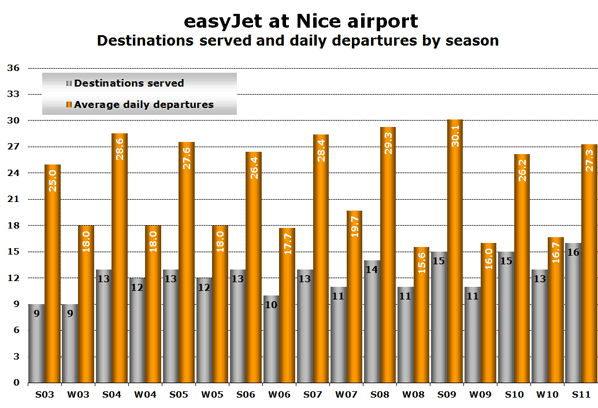 So far the only new routes to be unveiled are all domestic routes to Bordeaux, Nantes and Toulouse. All three routes are already served at least twice-daily by Air France, typically with 50-seat aircraft, while Vueling also operates three weekly flights on the Toulouse route with 18-seat A320s. In 2010 the Bordeaux and Toulouse routes generated just under 80,000 passengers while the Nantes route proved more popular with over 90,000 passengers.

easyJet first started serving Toulouse in July 2003 when it began operating four daily flights from its Paris Orly base. Double-daily London Gatwick services followed that October but it would be the summer of 2006 before a third route (from Bristol) would be added. The summer of 2010 saw the fastest expansion at the airport with the launch of flights from Lisbon, Paris CDG and Rome Fiumicino. 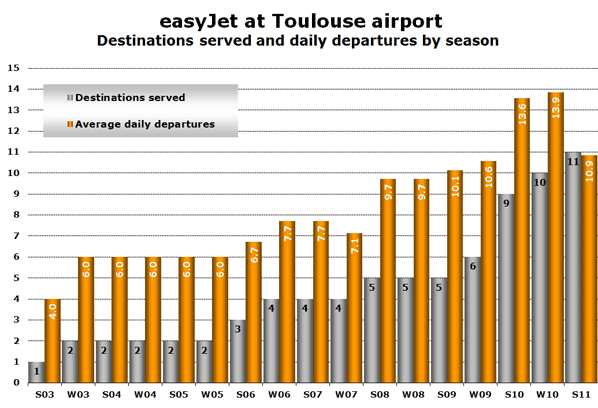 So far new routes to Basel and Brussels have been revealed. Basel-Mulhouse is served daily by Twin Air, while Brussels is served up to three times daily by Brussels Airlines.

Catherine Lynn, easyJet’s Customer and Revenue Director, explains: “France is a strategic market for easyJet, where the airline – already the country’s second largest – clearly has room to grow. Low cost penetration is only 24% – half the European average. This strategic investment will allow us to strengthen our position in one of Europe’s key markets. By making travel easy and affordable for French passengers we’ve firmly established the easyJet brand in France. With these two new bases in Nice and Toulouse – the 21st and 22nd in our network – we will offer more choice to our French leisure and business customers. easyJet’s commercial performance continues to be robust across our network, with particular strength on city routes used by business and short break leisure travellers. These results demonstrate the success of our strategy and we will continue to build on this trend. These two new bases in France illustrate our aim to turn Europe orange and become Europe’s preferred short haul airline.”