Bahrain Airport Co CEO, Donald Dewar, talks to anna.aero managing editor, Ross Falconer, during a visit to our lavish entertainment facilities at Routes in Berlin. Dewar explained that expansion is pressing ahead to raise capacity from 9 million to 13.5 million.  You can read the interview in full here .

While events in Egypt had a dramatic impact on passenger numbers passing through the country’s airports due to the importance of the leisure market, Bahrain’s airport traffic has taken less of a hit despite the country’s unrest this year which led to the high-profile cancelling of this year’s Formula 1 Grand Prix in the country. When anna.aero last looked at Bahrain in mid-2008 passenger numbers were still rising fast thanks in part to the emergence of newcomer Bahrain Air, which had launched flights that April. 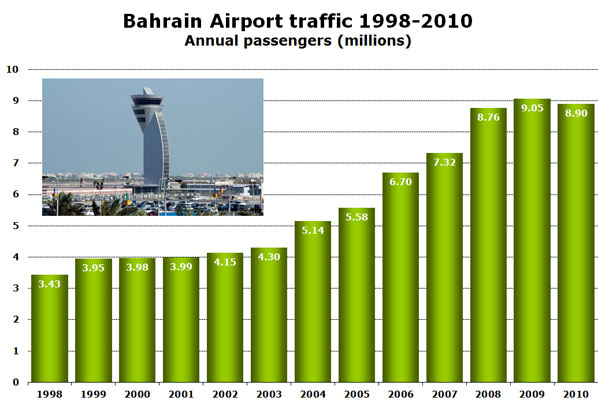 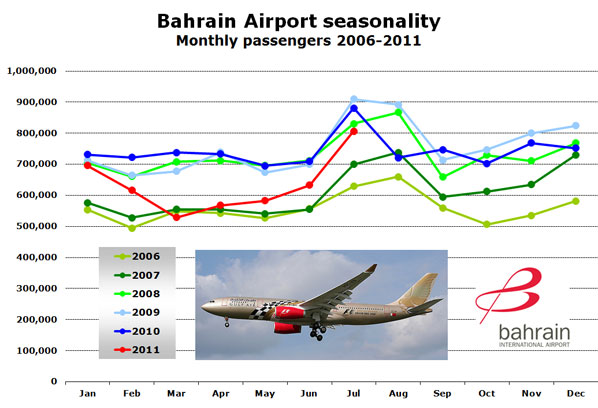 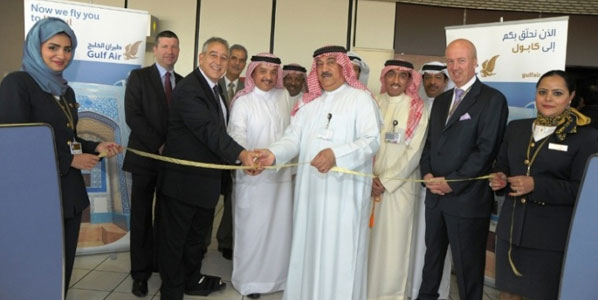 According to OAG data Gulf Air currently serves 46 destinations non-stop from Bahrain with its fleet of over 30 aircraft, mostly split between narrowbody and widebody Airbus aircraft but also including four Embraer E-jets. The carrier is still dominant at the airport with between 50% and 60% of seat capacity and flights. This winter sees the carrier launch new routes to Entebbe in Uganda (with four flights per week with an A319), and Rome Fiumicino (four flights per week with an A320), while next February it will start to serve Juba in South Sudan (three weekly flights with an E190).

Bahrain Air is still operating (unlike for example other relatively new local carriers such as Sama in Saudi Arabia and Wataniya Airways in Kuwait) with a fleet of five narrowbody Airbus, and recently re-launched service to Riyadh. In July it introduced flights to Istanbul’s Sabiha Gökçen airport (four times weekly) and currently serves 12 destinations non stop from Bahrain. 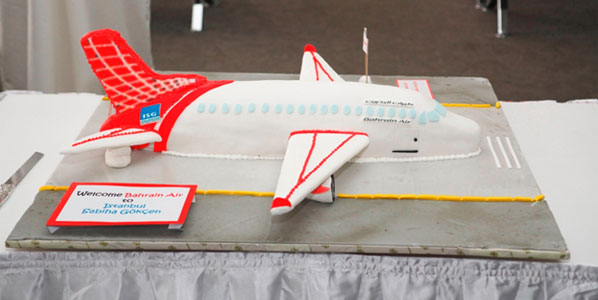 A total of 28 airlines are currently operating scheduled services to Bahrain. In December 2009 flydubai became the latest airline based in the region to serve the airport when it began double-daily flights from Dubai, which has now been increased to 17 per week. The route is now served by Gulf Air, Bahrain Air, Emirates and flydubai with a total of 100 weekly departures.

The newest addition to Bahrain’s airline portfolio is United Airlines which started services from Washington Dulles (via Kuwait) in April 2010 with daily flights using a 777. United is the only US carrier to serve Bahrain at present, while European carriers include British Airways, KLM, Lufthansa and Turkish Airlines. Asian carriers with a significant presence include Air India Express, Cathay Pacific and Jet Airways, all of which operate at least daily flights to the airport.