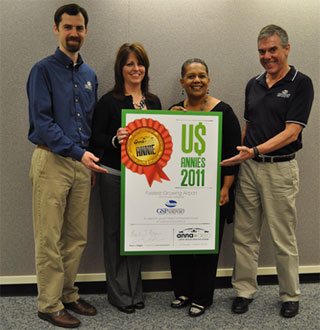 Winner of the US ANNIE Airport Growth Award in the 0.5m-2m category, Greenville/Spartanburg in South Carolina has benefited massively by Southwest’s launch of five routes in Mid-March. As a result the airport grew its monthly seat capacity by almost 40% since Ocotber 2010 while fares have fallen by 7%. 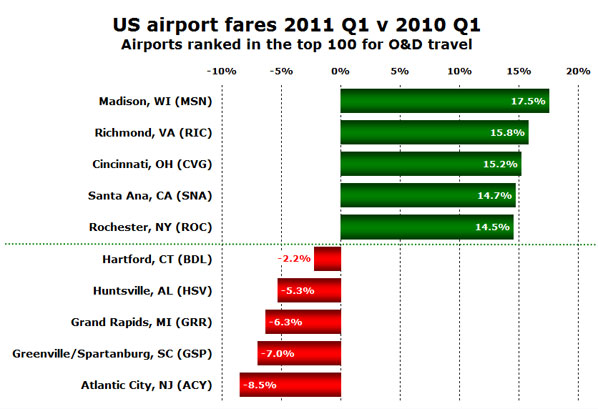 The airport which has seen the highest increase in fares between 2010 Q1 and 2011 Q1 is Dane County Regional Airport serving Madison in Wisconsin. Here fares rose by 17.5% in a year. The airport is served by five airlines; American, Continental, Delta, Frontier and United. Frontier’s flights represent less than 15% of the total at the airport.

Two other airports which saw airline fares rise by more than 15% are Richmond (Virginia) and Cincinnati (Ohio). Santa Ana in California and Rochester in New York state were not far behind.

The more detailed quarterly US Department of Transportation, Office of Aviation Analysis report on consumer air fares appears to be running late. On the organisation’s website it states “First Quarter 2011 should be available sometime in September 2011”. However, as yet there is no sign of this data suggesting that there is likely a problem with the data received from one of the larger carriers that is delaying publication.