Flybe Nordic was welcomed to Trondheim in Norway on its inaugural flight from the Finnish capital Helsinki. Of course, a cake was on offer to the first passengers and dignitaries. 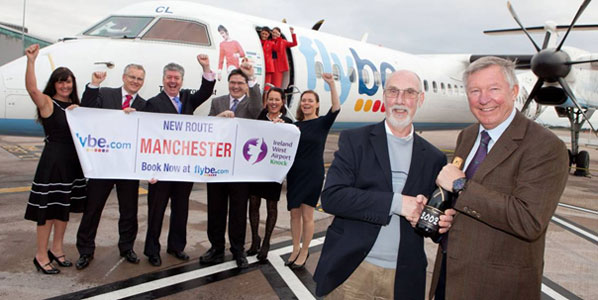 The launch of Flybe Nordic’s routes, which are operated out of Helsinki and Tallinn, were celebrated with signs showing all the destinations. When the airline arrived in Mariehamn on the Åland Islands from the country capital Helsinki, it was a bit dark, but the crew still dutifully posed for the camera.