flydubai was welcomed to Tbilisi with a cake showing the landmarks of Dubai as well as the Georgian capital; the Burj Al Arab and the Bridge of Peace. 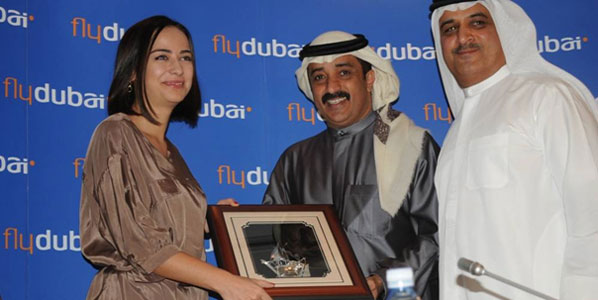