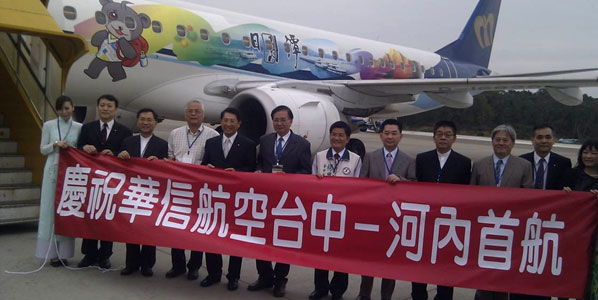 Mandarin Airlines’ three weekly flights – on Mondays, Thursdays and Sundays – between Taichung in Taiwan and Vietnam’s capital Hanoi were celebrated at the Taiwanese airport. After Ho Chi Minh City, this is the airline’s second route to Vietnam from Taichung. The airline cites Taiwanese companies’ investments, manufacturing and business links with Vietnam as the main reason for the route.