Air Vallée commits to Parma base in 2012; Paris CDG confirmed as gastronomic route Linking two great gastronomic capitals: Paul Whelan, recently appointed CEO of Sogeap (the Parma Airport operator), Guido dalla Rosa Prati, President of Sogeap, and Michele Costantino, President of Air Vallée – the significance of gastronomy being clearly cited as the foundation of the new Parma-Paris route. If you look closely you can see the Parma ham on those canapés.

Air Vallée, a small Italian airline, announced last week that it plans to open a base at Parma Airport starting next summer using the first of three Embraer E-Jets which it plans to acquire. So far, the only route confirmed is to Paris CDG starting on 31 March. However, over the Christmas period from 21 December to 8 January, the airline will be operating the route with a 50-seat Embraer 145. Seats go on sale from 14 November.

Parma traffic up 11% this year

Parma Giuseppe Verdi Airport in northern Italy is located about 85 kilometres west of Bologna, 125 kilometres east of Genoa and 105 kilometres south-east of Milan Linate Airport. Last year, it handled just under 240,000 passengers, around 7% down on 2009. However, in the first nine months of this year, it has seen passenger numbers grow by 11%, thanks primarily to a 16% surge in domestic traffic, driven by the launch back in January of Ryanair services to Trapani, followed at the end of March by Ryanair flights to Cagliari. Ryanair, which has been operating a London Stansted service from the airport since March 2006, also started a twice-weekly seasonal service to Paris Beauvais this summer. In addition, Air Alps (Rome year-round and Olbia seasonally) and Wind Jet (Catania) also offer scheduled domestic services from Parma.

Air Vallee can trace its origins back to 1987 and has over the years dabbled in charter and scheduled services. The airline’s current fleet appears to consist of two 31-seat Dornier 328 Jets. Exactly how and when the airline plans to acquire the first of its Embraer E-Jets is unclear. 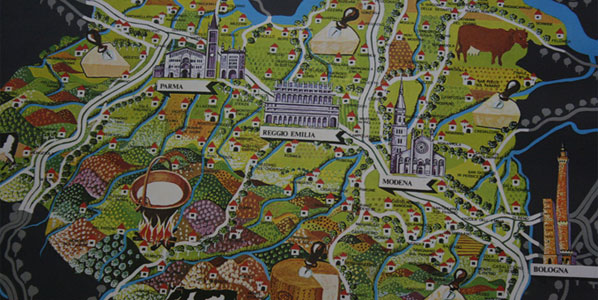 Parma: Famously put on the map by Parmesan cheese and Parma ham; unsurprisingly some of Italy’s most important head offices in food and technology are here. No matter how cheap they make cheese in China, these high-yielding delicacies will always be in global demand.

Guido dalla Rosa Prati, president of Sogeap SpA, the management company at Parma Airport, commented: “On behalf of Sogeap we are delighted to welcome Air Vallée to Parma Airport. Parma Airport has needed a strong multi alliance regional airline able to operate key strategic destinations from Parma for a long time taking advantage of the densely populated and higher than average economic indicators in the catchment area than in Italy and Europe, high volume of enterprises as well as some of Italy’s most important head offices such as in the food and technology arena. We would like to encourage business and leisure travellers in the catchment area to support the new Paris Charles de Gaulle route stimulating the opening of additional new routes.”

Michele Costantino, president of Air Vallée, said: “Air Vallée is delighted to announce this strategic decision to base new aircraft at Parma Airport as part of its expansion plans. This is not a decision which was taken lightly and the investment in the new aircraft and the base at Parma will be significant and valued in excess of 90 million US$. The central and well connected location of Parma Airport were critical factors in the decision”.