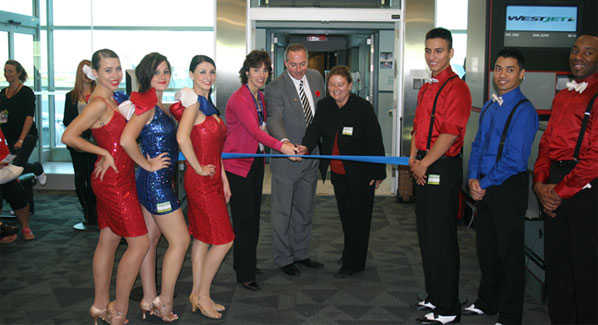 With eight of Canada’s top 10 airports having reported traffic figures for the first nine months of 2011 (and the remaining two reporting passenger demand up until August) it seems clear that Canada’s airports have had a solid year, considering the challenging environment that airlines are facing this year, particularly high fuel prices.

The top seven airports (Toronto, Vancouver, Montreal, Calgary, Edmonton, Ottawa and Halifax) have all reported growth so far this year, although Winnipeg, Victoria and Kelowna have all seen small declines in year-on-year traffic during the first nine months of 2011. Only two airports have reported growth of more than 5% this year and they are Toronto (5.4% to August) and Montreal (6.1% to September). 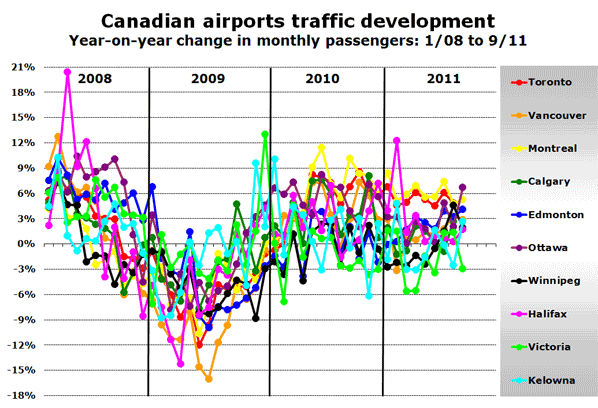 The eight busiest Canadian airports all break down their traffic figures into domestic, transborder (US) and international (non-US). A graph of year-to-date ‘growth’ for each airport by region reveals that while domestic traffic is up at all eight airports, at only one of them (Montreal) is it up more than 5%. 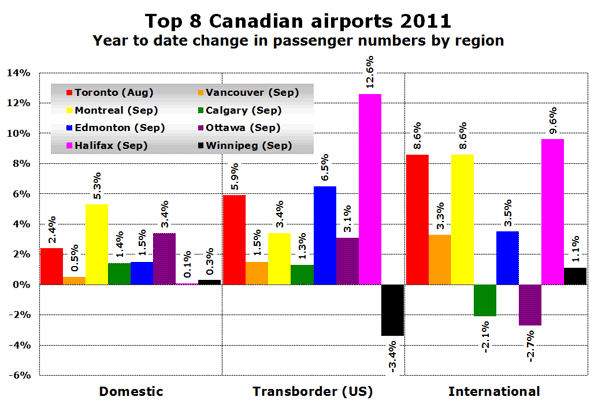 The US market has seen growth at all airports except Winnipeg, with Halifax leading the way (+13%) but Toronto and Edmonton also seeing this market segment grow by more than 5%. Six of the eight leading airports (the exceptions being Calgary and Ottawa) have seen growth in (non-US) international traffic so far in 2011, with Halifax, Montreal and Toronto all reporting growth of around 9%.

Vancouver’s international traffic will be boosted next summer by the recent announcement that Virgin Atlantic will be starting a new four times weekly seasonal service from London, which will operate between May and October. The start of the winter season saw Winnipeg finally open its new terminal to all passengers. Designed by the Argentine ‘starchitect’ César Pelli (of Malaysia’s Petronas Towers fame), the new terminal has been created to reflect the Manitoban landscape, and will enable the airport to grow by over a million passengers and provide a brighter, more relaxing experience for air travellers.