easyJet announces Iceland as newest country market; flights from Luton to Reykjavik to begin next summer 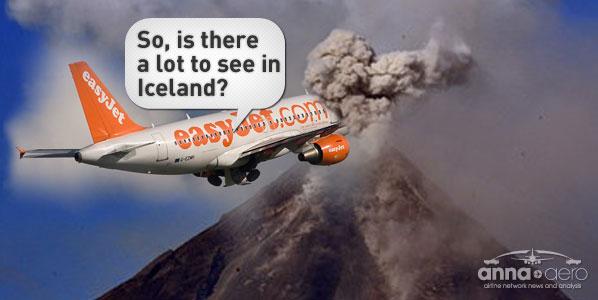 This week, easyJet announced that Iceland would become the 30th country it will operate flights to with the launch next March of flights between London Luton and Reykjavik (served by Keflavik Airport). Flights will operate three times weekly and depart London on Tuesdays, Thursdays and Sundays. Return fares (including taxes) will apparently be available for under £60 (€70).

Although this is easyJet’s first foray into Iceland, low-cost services were operated by Go-Fly (which easyJet acquired in 2002) from London Stansted in the summer of 2000 and 2001. After the route was discontinued, Iceland Express took over the low-cost baton in 2003 when it started flights from Stansted. It also launched flights to London Gatwick in 2009. 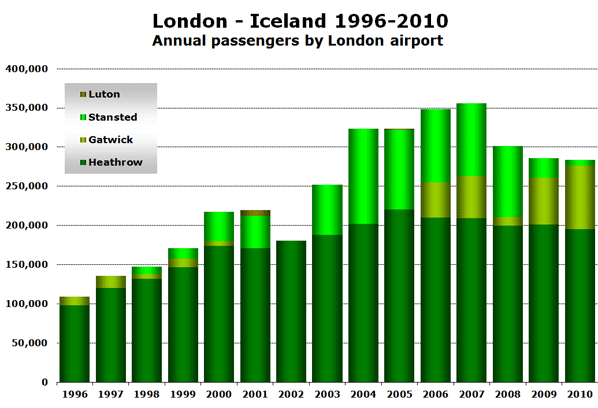 A comparison of weekly frequencies on routes from London in the summer of 2011 and summer 2010 is shown in the following table.

British Airways offered services from London Gatwick from the start of the summer 2006 season until the end of the winter 2007 season.

Paul Simmons, easyJet’s UK Director, said: “It is hugely exciting to be able to offer easyJet flights to Iceland for the very first time. Our new route will not only be attractive for business travellers, but also for those looking for culture-rich city breaks or adventurous travellers looking for unrivalled scenery and activities.”