Ahead of Poland hosting Euro 2012 – the European football/soccer championship – Ryanair has launched a new route to Katowice in southern Poland from its new base in the British football city of Manchester – a fact that the Polish airport celebrated with a football stadium cake. 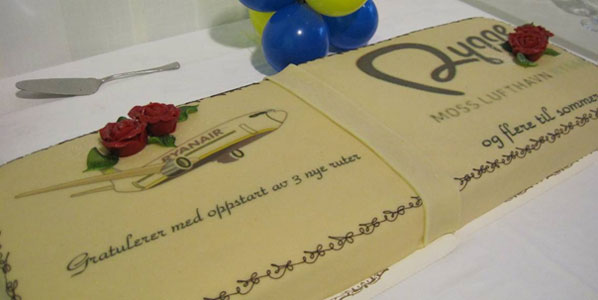 At Oslo Rygge Airport, Ryanair’s new winter route launches – along with the announcement of six new routes next summer – were celebrated with two adjoined cakes. 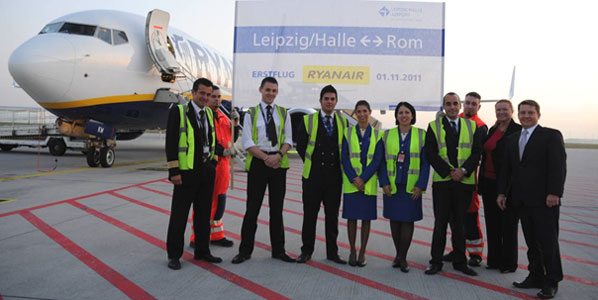 Leipzig/Halle Airport is a new airport in Ryanair’s network. The airline now serves the airport in eastern Germany from both Rome Ciampino and London Stansted. Posing for the camera were Fabrizio Ferri, Ryanair’s Rome Ciampino base captain, and his crew along with Bettina Ganghofer, Managing Director PortGround, and Dierk Näther, Managing Director Leipzig/Halle Airport. (Photo: Uwe Schoßig) 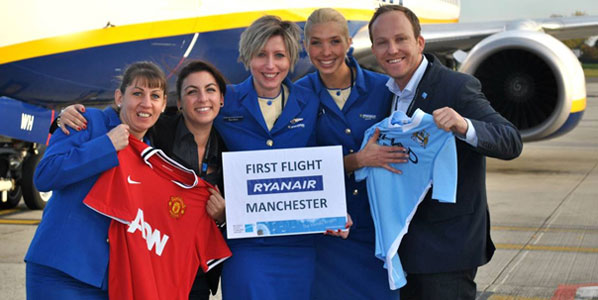 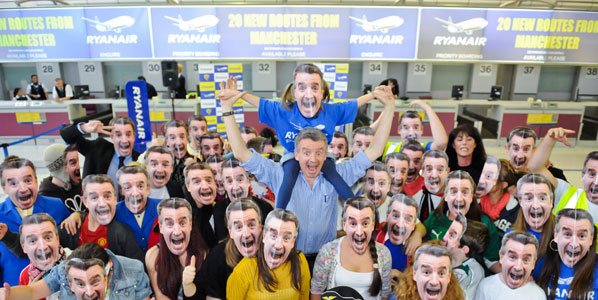 Ryanair’s CEO Michael O’Leary was on site in Manchester to watch a flash mob get the terminal dancing as the airline launched its new base at the airport. See video from the event