Latin America only market still growing for global US carriers 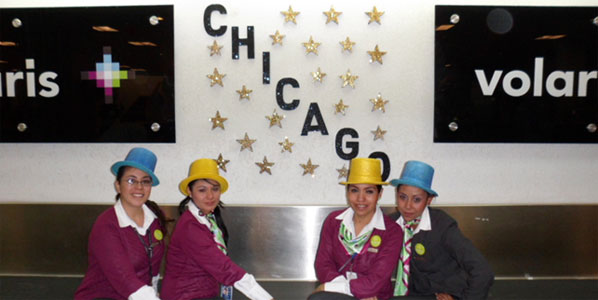 Three of the four global US carriers (GUS4) airlines reported growth on their Latin American networks – but in a free market they have their challengers: Volaris started three new routes to Chicago Midway in the past week – from Mexico City, Morelia and Zacatecas.

The latest traffic figures (for October) from the leading US carriers show that while all four of the ‘big 4’ global US carriers (which from now on we will refer to as the GUS4 carriers) reported a fall in overall network demand (as measured by RPMs – Revenue Passenger Miles) the country’s low-cost and niche carriers continue to report growth ranging from modest (2.0% for Frontier) to impressive (+16.5% for Hawaiian Airlines). 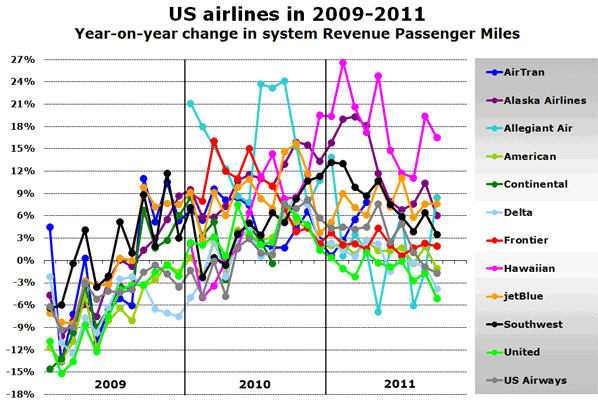 Among the GUS4 carriers, there were mixed results for October when demand data (RPMs) was broken down by region.

All four carriers reported an overall decline in total RPMs of between 1% and 5%, and all four reported domestic demand dropping by between 2% and 6%. Since load factors are relatively stable, this confirms that the carriers have been exercising considerable capacity restraint. All three carriers operating across the Pacific reported a drop in demand, but three of the four airlines reported growth on their Latin American networks.

Seven out of 13 airlines report higher load factors in October

Seven of the 13 airlines for which data has been collected (we also have load factor data for Frontier, Horizon Air and now Spirit Airlines) reported improved load factors in October 2011 compared with October 2010. Those with lower load factors compared with last year included Hawaiian Airlines (down 2.5 percentage points) and United (down 1.5 percentage points). The other four carriers reporting marginally emptier aircraft were American Airlines, American Eagle Airlines, Delta and Southwest.

Eight of the 13 airlines reported higher load factors in October than in September, the exceptions being Alaska Airlines, Delta, Horizon Air, United and US Airways. 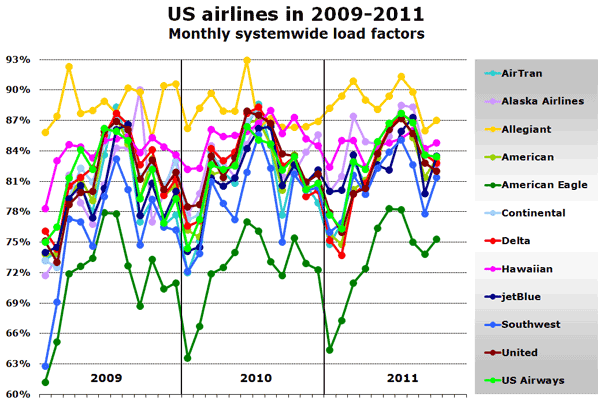