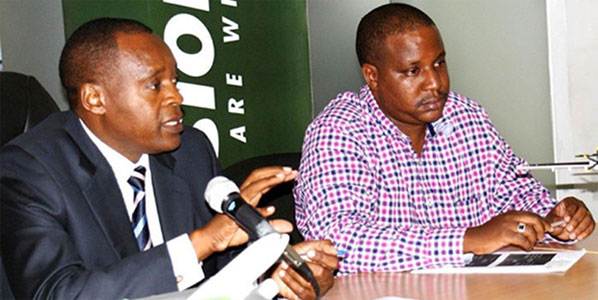 Last week’s announcement that Qatar Airways had inked an interline agreement with Precision Air has helped raise the global awareness of the Tanzanian carrier. It began scheduled operations in 1999 and currently operates a fleet of two 737-300s (116 seats), five ATR 72-500s (70 seats) and four ATR 42s (48 seats). According to the airline’s recent IPO prospectus, around 670,000 passengers were carried in the year ending 31 March 2011, while over 950,000 passengers are expected in the current financial year, with over 450,000 passengers expected on the airline’s international flights.

According to figures from the Tanzania Airports Authority, Precision Air increased its share of the domestic market from just under 50% in 2008 and 2009 to just under 60% in 2010. Its main hub is in Dar es Salaam, from where it operates 130 weekly departures to five domestic and three international destinations. At present, according to OAG data, the airline operates scheduled services from 14 airports, nine in Tanzania and five others (shown in light green). 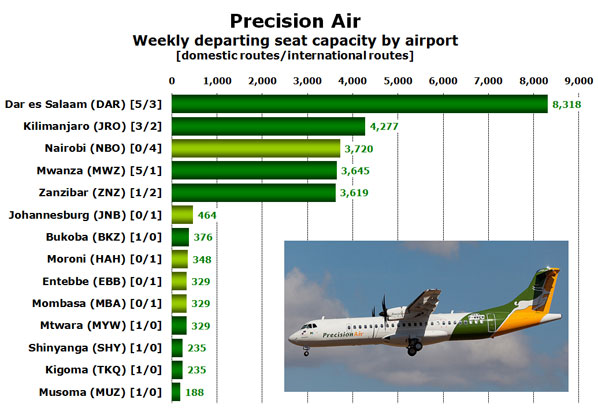 This corresponds closely with the timetable shown on the Precision Air website. However, the airline’s booking tool does not list Bukoba airport, but instead includes Arusha (ARK) and Tabora (TBO) though it is not clear if these are active destinations for flights this winter.

The airline recently launched an Initial Public Offering (IPO) with the aim of raising financial resources to support further fleet and network growth. Kenya Airways, which previously held 49% of the company, will see its share fall to 34% as 30% of the airline’s shares will be traded publicly. The remaining shares belong to the current Chairman and airline founder Michael Shirima. 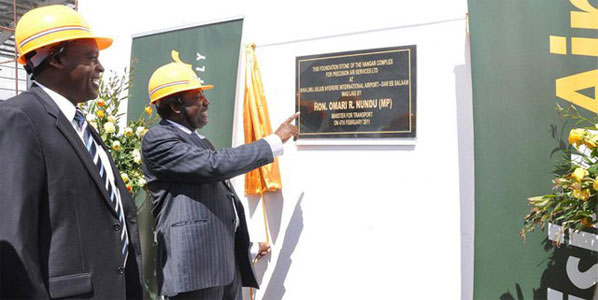 Qatar Airways Chief Executive Officer Akbar Al Baker said the recently announced partnership with Precision Air broadened the airline’s reach to diverse markets, providing passengers with easy, seamless access. “Through Precision Air, we are able to open up an exciting array of destinations in East Africa and very much look forward to having passengers experience our service, particularly as they may have previously used alternative gateways to get to their final destination.”

The agreement allows Qatar Airways’ passengers to connect seamlessly via the Tanzanian capital Dar es Salaam to and from a wide range of East African cities, such as Moroni – the capital city of Comoros – Zanzibar, Mombasa, Arusha, Kigoma, Shinyanga, Musoma and Tabora.