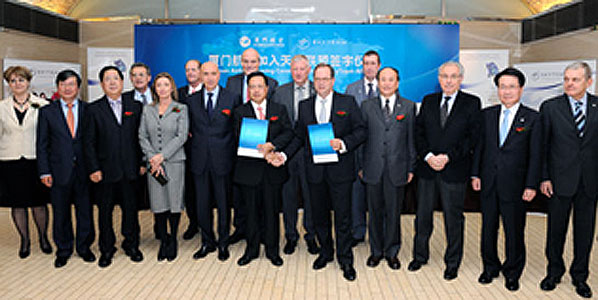 Last week in Rome, at an official ceremony, China’s Xiamen Airlines was formally invited into the SkyTeam alliance, with full membership expected by the end of 2012. The airline will be helped by China Southern Airlines, which owns 60% of the airline, and has been a SkyTeam member since 2007. Xiamen Airlines, the fifth largest in China, carried 13.5 million passengers in 2010 and currently operates a fleet of some 70 737s (a mix of -700s and -800s) and eight 757-200s. Since 2003, passenger numbers have almost trebled. 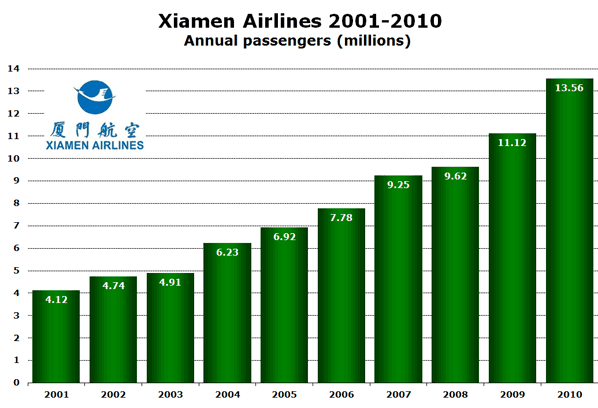 According to OAG data for this week, Xiamen Airlines’ route network comprises 146 routes (of which 18 are international) across 52 airports (of which nine are outside Mainland China). The airline’s biggest base of operation is Xiamen, from which it operates almost 500 weekly departures. Xiamen Gaoqi International Airport ranked 11th in China last year with 13.2 million passengers, up 16.6% on the previous year. 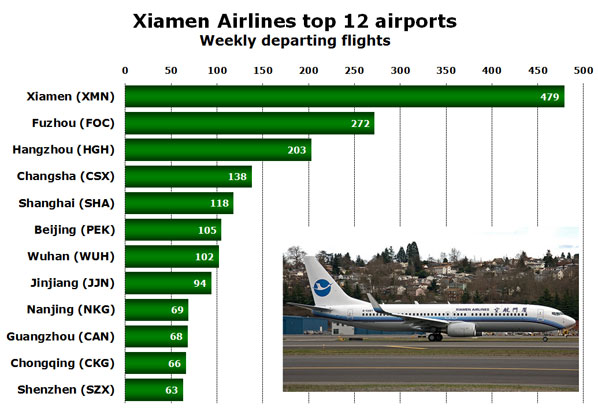 Of the 18 international routes, nine are to Taiwan, four to Macau, two to Singapore, and one each to Hong Kong, Korea (Seoul) and Malaysia (Kuala Lumpur).

The airline has indicated that it plans to introduce long-haul destinations in Australia, Europe and North America once it receives deliveries of its six 787s that are expected in 2014-15. The current fleet plan envisages some 136 aircraft by 2015 when passenger numbers are expected to be around 30 million. 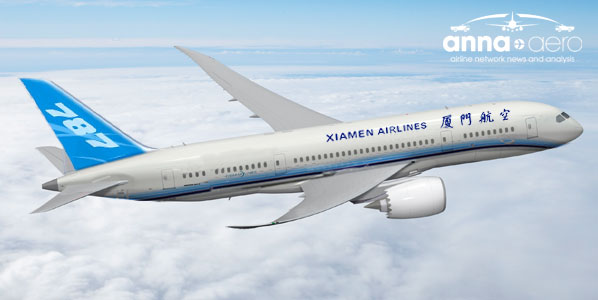 Xiamen plans to introduce long-haul destinations in Australia, Europe and North America, once it receives deliveries of its six 787s which are expected in 2014-15.

SkyTeam Managing Director Michael Wisbrun said: “SkyTeam has long recognized the region’s huge economic potential, resulting in our #1 position in Greater China. Xiamen Airlines’ membership in SkyTeam will strengthen our offer in the south-eastern part of China and the cross-strait markets. And while we further capitalize on the expanding network, our members in China will work together to enhance alliance-wide benefits for our customers.”

Xiamen Airlines’ President Che Shanglun said: “With the accelerated globalization of the world economy and China’s rapid economic development, Xiamen Airlines will further enhance its competitive edge in the coming years by becoming a first-class airline in the Asia-Pacific region. Membership in SkyTeam will enable us to expand our intercontinental network offering, in cooperation with our partners in the alliance.”