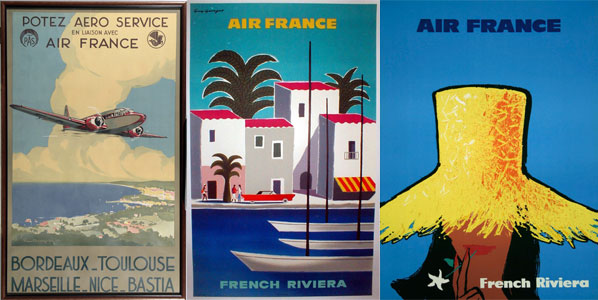 It'll be just like the old days - or at least that's what Air France hopes as it launches a its new regional routes to challenge the low cost carriers (plans for the new 2012 Bordeaux base follow shortly).

Following the expansion of services from Marseille, Air France has now revealed what new routes it is going to start serving from Nice and Toulouse starting next April. The airline will launch six new international services from Nice to Athens, Barcelona, Istanbul, Naples, Tel Aviv and Venice, all of which will be served with three weekly flights, except Naples that gets just two weekly flights. Of these destinations, only Naples was not served by some other carrier during summer 2011. However, easyJet has also announced plans to start Nice – Naples flights at the end of March as well as Venice flights at the same time. With Vueling joining Iberia and Spanair on the Barcelona route next summer, and Turkish Airlines a tough competitor on the Istanbul route, only Athens and Tel Aviv would appear to be relatively uncontested markets.

From Toulouse, Air France will launch 16 new routes next summer, all operated with between two and five weekly flights. Air France’s Toulouse network this summer comprised 15 destinations according to OAG data, comprising 12 domestic routes, plus daily flights using 50-seat aircraft to Düsseldorf, Milan Malpensa and Rome Fiumicino. However, over 70% of the airline’s weekly capacity from Toulouse in September was shared across just two routes to Paris CDG and Paris Orly.

In addition, easyJet will be launching flights from Toulouse to Brussels and Venice starting next summer to provide further competition for Air France.

“Air France’s challenges on its medium-haul network are considerable: the airline needs to strengthen its competitiveness and continue to develop its operations. Air France has strong potential for success with this project: skilled and motivated staff, a young fleet and a constantly developing network,” declared Alexandre de Juniac, chairman and CEO of Air France.