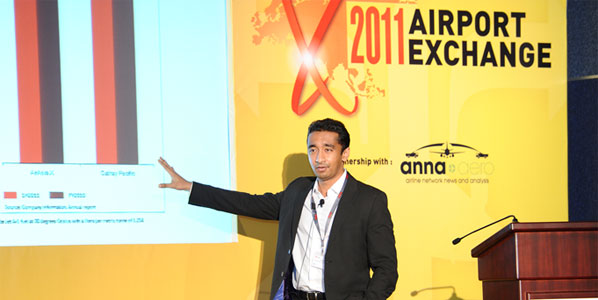 "And that's how we get low enough unit costs to be able to offer fares typically 30-40% below those of our competitors" - Senthil Balan, Head of Route Planning & Regulatory Affairs, AirAsia X. 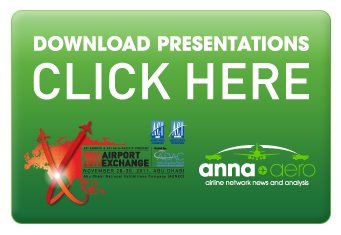 AirAsia X’s Senthil Balan gave an insight into how AirAsia X manages to obtain low enough unit costs to be able to offer fares typically 30-40% below those of its competitors and at the same time offer a ‘lie-flat’ seat for a limited number of customers. He also demonstrated how the airline’s marketing aimed to attract new customers, while admitting that one of the biggest challenges was to make people aware that its seat pitch was bigger than what people would be used to on AirAsia’s extensive intra-Asian network. 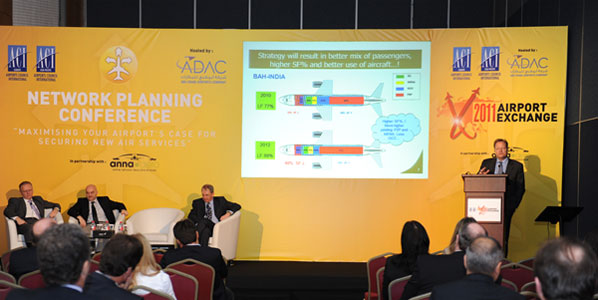 Morten Loej of Gulf Air and Markku Nokkola of Oman Air spoke about how their carriers are differentiating themselves from the local giants; Emirates, Etihad and Qatar Airways. Both airlines are exploring the viability of operating longer-haul routes with narrow-body aircraft.

Etihad’s John Shepley focused on the important role that ‘alliance partnerships’ played for the airline, enabling it to offer flights to over 100 more online destinations than any other Gulf carrier. He highlighted how the recent ‘game-changing’ partnerships with Virgin Australia and Air New Zealand involved much more than just codeshares. He also explained how Etihad’s alliance strategy had helped to bring new carriers (such as CSA Czech Airlines, Ukraine International and Virgin Australia) to Abu Dhabi and sustainably grow volumes.

Peter Wiesner, Senior VP Network Management at Bangkok Airways (one of Etihad’s alliance partners), gave a fascinating briefing on the self-styled “Boutique Regional Airline” in Thailand, and how it relies heavily on transporting tourists around Thailand, and is therefore also significantly dependent on partnerships with airlines including airberlin, Air France, Etihad, KLM and even Thai Airways. Carrying just over three million passengers the airline plans to grow to some six million by 2016. The current fleet of eight ATR 72-500s, three A320s and seven A319s will grow by a further three Airbus narrowbodies in 2012.

Hossein Hosseini, Director Marketing and Route Development at Iranian carrier Mahan Air, revealed just how big the Iranian domestic market was and how quickly it was growing. Operating almost exclusively wide-bodied aircraft in the domestic market, the airline is expecting to carry around five million passengers this year, and has been profitable since 1998. Although Iran has 46 commercial airports (which handled over 16 million passengers last year) the leading 10 airports account for 90% of traffic with the top 20 handling 98% of passengers.

Mike McTighe of Safi Airways (based in Kabul, Afghanistan) explained how the carrier had had to refocus its business strategy after the EU banned all Afghan-registered aircraft due to the collapse of the country’s regulatory oversight regime. Operating just two A320s the airline is currently heavily reliant in its Kabul – Dubai route, but is aware that it needs to diversify its network. 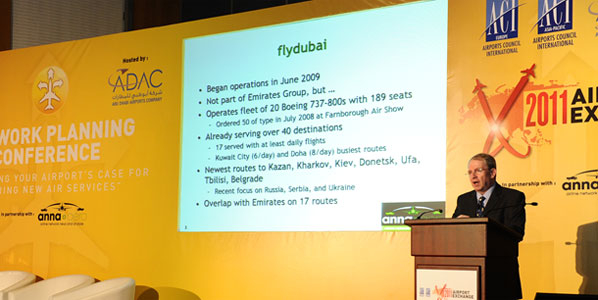 The glorious (conference) chairman and anna.aero editor, Ralph Anker, provides one of several key analytical briefings on regional players - this one on flydubai. You can download Anker's special analyses along with other presentations using the button in this article.