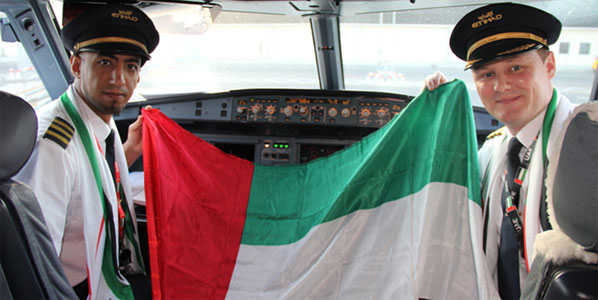 On National Day, December 2 Etihad Airways staged a special “Flying the Flag” 40th birthday flight over all seven emirates, taking off from Abu Dhabi and visiting the airports of Dubai, Sharjah, Ras Al Khaimah, Fujairah and Al Ain. In the cockpit of the A320 were First Officer Ahmed Saleh Husain and Captain Declan Keller.

Last weekend saw celebrations across the United Arab Emirates as the nation celebrated its 40th anniversary, having been founded in 1971 after the expiration of the British-Trucial Sheikhdoms treaty. Thanks to its oil wealth, the various emirates (especially Adu Dhabi, Dubai and Sharjah) have developed into major centres, each with their own airport and major carrier. In particular Dubai and Abu Dhabi, airlines have become major global players. This year, Dubai Airport is on track to handle over 50 million passengers for the first time and consolidate its ranking as the fourth-busiest airport in the world for international passengers, beaten only by London Heathrow, Paris CDG and Hong Kong, and just ahead of Frankfurt and Amsterdam.

Geographically, Dubai Airport is just 115 kilometres up the coast from Abu Dhabi Airport, while Sharjah is just 20 kilometres further north. Finally, Ras Al-Khaimah is only another 50 kilometres from Sharjah. 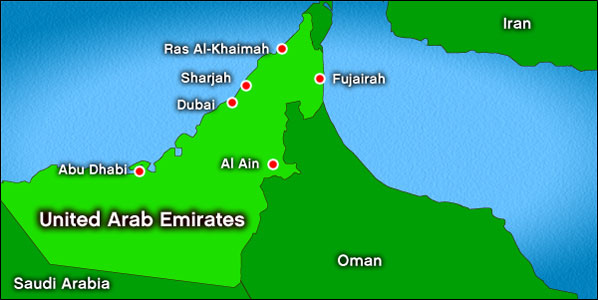 India is leading country market ahead of Saudi Arabia and UK

Combining flight data across all three of the nation’s main airports reveals that the Indian market is currently twice as big as the next biggest country markets, Saudi Arabia and the UK. 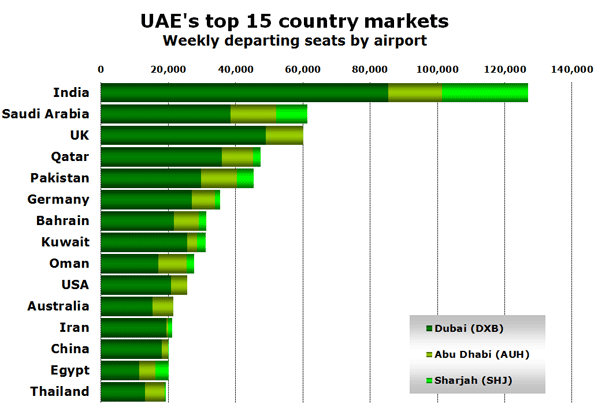 Seven of the top 10 country markets could be considered regional markets with only the UK, Germany and USA long-haul markets. China currently ranks 13th but is likely to climb the table as Etihad will shortly launch service to Chengdu and also add Shanghai early next year. Emirates’ planned new routes to Dallas/Fort Worth and Seattle in 2012 may push the US further up the rankings as well.