UK international traffic up 5% in 2011; Spain up by over two million passengers, Estonian market grows by 150% 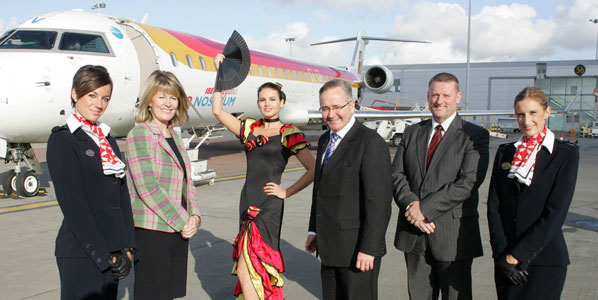 This year, UK passengers appear to have preferred holidaying in Spain rather than Egypt and Tunisia, which were hit by political turmoil. Even more routes between the UK and Spain have since been launched, such as the first ever connection between Glasgow and the Spanish capital Madrid, which Iberia Regional/Air Nostrum launched at the beginning of November.

According to UK Civil Aviation Authority data for the first 10 months of 2011, passenger numbers at UK airports on international services were up 4.9% to 157.4 million. Of course, some country markets performed much better than others when compared with the same period in 2010. If volume growth rather than percentage growth is analysed, then Spain leads the way with an additional 2.6 million passengers travelling between the UK and Spanish destinations, representing growth of 10.1%. Nine other country markets achieved volume growth of more than 200,000 passengers with USA, Italy and the Netherlands following Spain in the rankings. 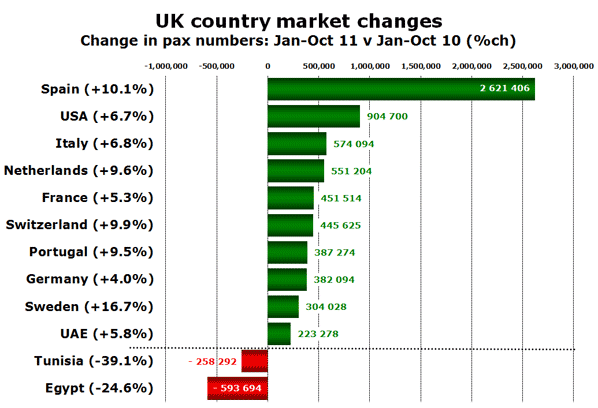 In terms of growth rates, the fastest-growing country markets this year so far (qualification: 100,000 annual passengers) have been Estonia (+151%), Argentina (+46%), Ukraine (+33%), Brazil (+29%), Gibraltar (+29%), Cape Verde Islands (+26%) and Jordan (+25%). Estonia’s growth has been driven by the launch of Ryanair services from Edinburgh (January), London Luton (January), East Midlands (March) to Tallinn, as well as easyJet launching services from Liverpool in April.