US Airways bucks GUS4 trend with 3.1% growth in November 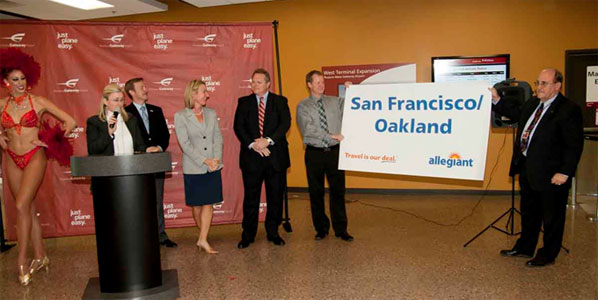 Allegiant's Phoenix Mesa-Oakland service launches in January 2012: During the last month, we have added a further 21 new routes to our downloadable spreadsheet of new routes US airlines plan to start in 2012. That takes our database of new routes started by US airlines since the beginning of 2010 to over 700. Not bad for a country whose airlines are reporting mostly modest growth!

The latest traffic figures (for November) from the leading US carriers show that while three of the four ‘big 4’ global US carriers (which from now on we will refer to as the GUS4 carriers) reported a fall in overall network demand (as measured by RPMs – Revenue Passenger Miles), the country’s low-cost and niche carriers continue to report growth ranging from modest (2.5% for Southwest) to impressive (19.0% for Hawaiian Airlines). 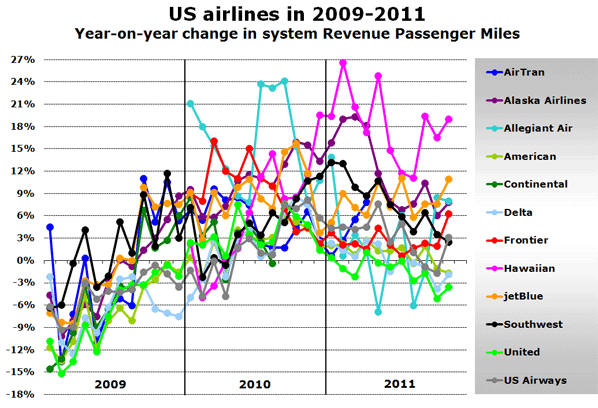 Among the GUS4 carriers, there were mixed results for November when demand data (RPMs) was broken down by region.

US Airways was the star performer in November reporting growth across all traffic segments; domestic, Atlantic and Latin America. Delta and United also posted growth in their Latin American networks but American (now in Chapter 11) was the only one of the GUS4 carriers not to report growth in any of its geographic segments.

11 out of 13 airlines report higher load factors in November

Eleven of the 13 airlines for which data has been collected (we also have load factor data for Frontier, Horizon Air and now Spirit Airlines) reported improved load factors in November 2011 compared with November 2010. The only two airlines with lower load factors compared with last year were Hawaiian (down 0.8 percentage points) and Allegiant (down 0.4 percentage points). Four of the 13 airlines reported higher load factors in November than in October; Alaska Airlines, Frontier, Horizon Air and Southwest. 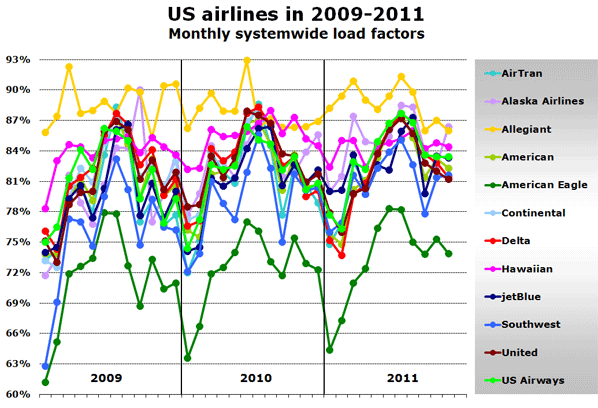