Cake of the Week: Wizz Air’s Riga to Eindhoven 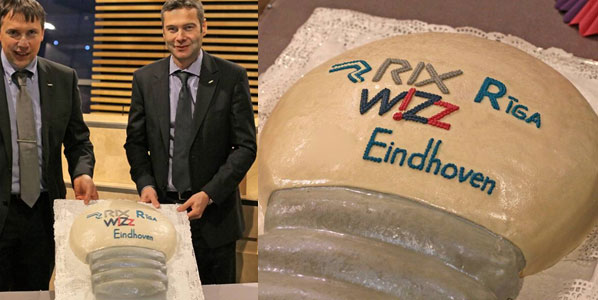 Riga Airport celebrated the new Wizz Air route to Eindhoven, the home city of the electronics company Philips that once started as a light bulb manufacturer, with a light bulb cake. Displaying the creation were Aldis Murnieks, Riga Airport board member; and John Stephenson, EVP Wizz Air.