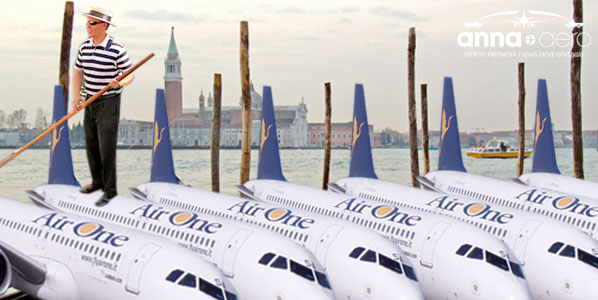 Air One’s Venice base will serve 11 international destinations from May – despite the obvious desirability of Venice, Air One’s Alitalia parent currently only serves domestic points.

Air One, the so-called “smart carrier” (and subsidiary of Alitalia), has announced its third base in Italy after Milan Malpensa and Pisa. From the beginning of May, the airline will introduce ‘low-cost’ flights from Venice Marco Polo Airport to 11 international destinations – Athens, Barcelona, Brussels, Bucharest, Istanbul, Menorca, Palma de Mallorca, Prague, Sofia, Tirana and Warsaw. Alitalia’s only services from Venice are to 10 domestic destinations, but it remains the airport’s leading airline in terms of weekly seat capacity. 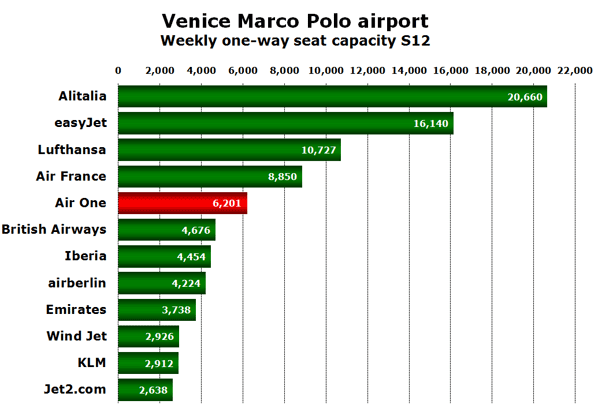 easyJet is the airport’s second biggest carrier, serving 14 destinations of which only two (Rome Fiumicino and Naples) are domestic, while five are in France. Air One will rank fifth by the beginning of July, by which time it will be serving nine destinations, with Menorca and Palma de Mallorca starting in mid-July.

No competition with easyJet at VCE, but Wizz Air lurking at Treviso

None of Air One’s 11 routes faces direct competition with easyJet or any other LCC at Venice Marco Polo Airport.

Ryanair does not serve Venice Marco Polo (except when it moved operations from Venice Treviso during 2011 due to runway works), but from Treviso it serves Brussels Charleroi. Wizz Air provides more indirect competition with flights from Treviso to Bucharest Baneasa, Prague, and Sofia.