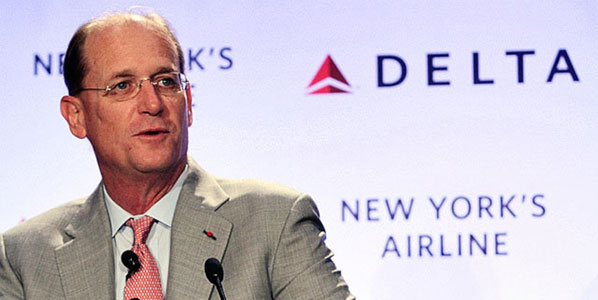 The recently finalised ‘slot-swap’ between Delta and US Airways involving New York’s LaGuardia Airport and Washington Reagan Airport has enabled Delta to increase its summer seat capacity at LaGuardia by over 40%, giving it twice as many seats as its nearest rival American, with US Airways now a distant third. US Airways had been the leading airline in terms of flights at LaGuardia with over 1,100 departures per week last summer. This summer the figure is down to just under 400 as the airline’s remaining services are operated, on average, by larger capacity aircraft than was the case last summer. 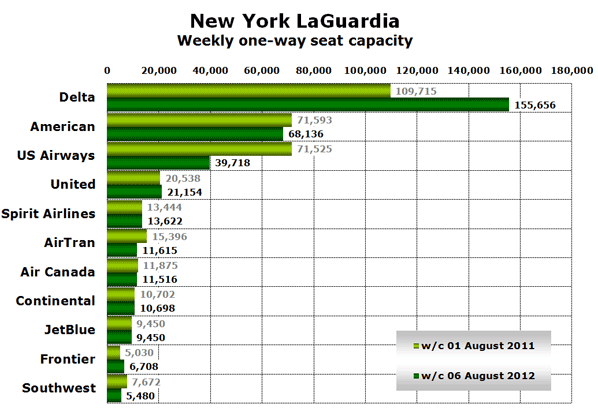 In terms of network spread, Delta has been able to add 28 new destinations from LaGuardia while US Airways has dropped 31 routes, summarised in the following table.

Of US Airways’ six remaining routes at LaGuardia, five are served with at least seven daily flights (to Boston, Charlotte, Philadelphia, Pittsburgh and Washington Reagan), while there is a new weekly service to Phoenix starting in March.

JetBlue sneaks past Delta at JFK

According to the latest OAG data for the first week in August, JetBlue is now offering marginally more seat capacity from New York JFK than Delta, though Delta is still operating a slightly higher number of flights. American is in a solid third place while British Airways leads the foreign airlines with services to London Heathrow and London City. 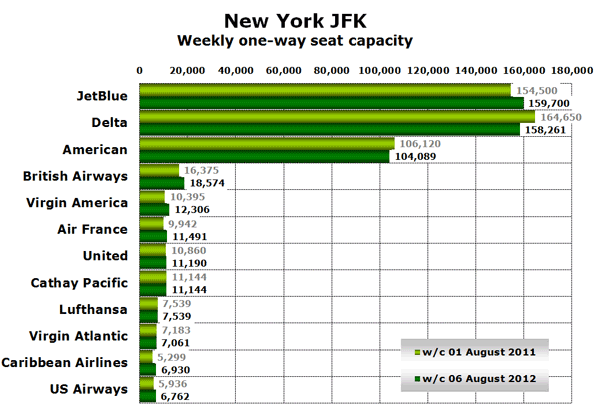 Air France, Lufthansa and Virgin Atlantic also make the top 12 of carriers at JFK, as does Cathay Pacific, the biggest Asian airline at the airport. 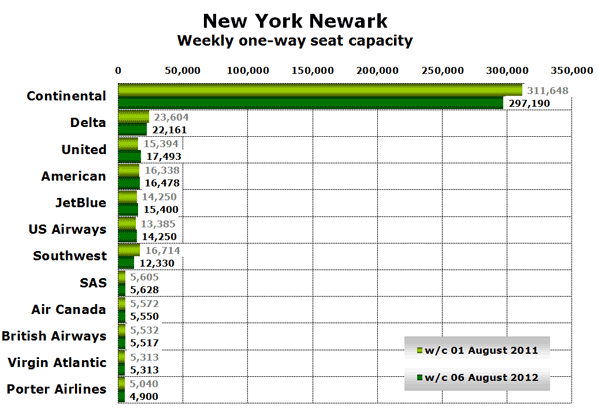 With its additional capacity at LaGuardia, Delta will this summer become the single biggest carrier (in terms of capacity) in the New York area, passing Continental. However, if Continental’s figures are combined with those of its merger partner United, then Delta is still in second place. American Airlines just holds off JetBlue for third place, while British Airways remains the leading foreign airline serving the three major New York airports.