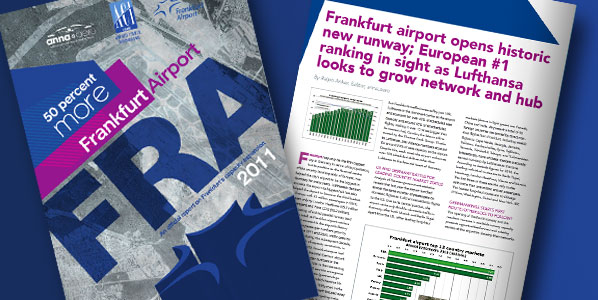 As you would expect, our report includes anna.aero’s full analysis of the potential for new routes, along with detailed articles on all aspects of Frankfurt’s development, as well as interviews with the Fraport Chairman, Dr Stefan Schulte, and other Fraport executives. It also examines the airport’s international activities in Lima, Antalya, Perm etc. You can flip through the electronic copy here or contact us here if you want us to snail mail you a free copy.