AirAsia X leaves Europe and India; Sydney instead next destination 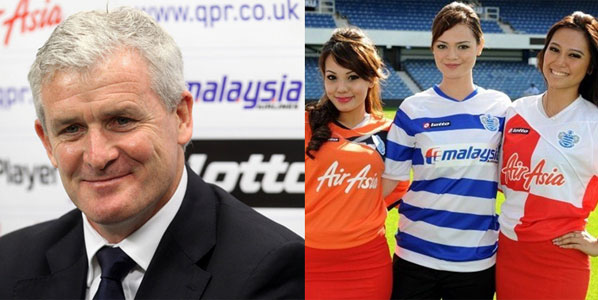 While AirAsia X blames the EU Emissions Trading Scheme and rising taxes for its axing of the European routes, all four cities dropped in Europe and India are notably already served with higher frequencies by AirAsia’s new partner Malaysia Airlines. Its closeness to its former rival is made clear to European consumers by Malaysia Airlines’ sponsorship deal with Queens Park Rangers, the football club bought by Tony Fernandes last August.

AirAsia X has just announced that it is withdrawing from both the European and Indian markets out of its Kuala Lumpur base, resulting in four destinations being dropped. The routes to London Gatwick (to where the airline recently moved from London Stansted), Paris Orly, Delhi and Mumbai will all be suspended by the start of the northern summer scheduling season.

A previous failed low-fare attempt of connecting the Far East with Europe was notably Oasis Hong Kong, which operated from Hong Kong to London Gatwick in 2006 to 2008. Other long haul low-cost routes today cover shorter sectors. Once AirAsia X pulls out of its two routes of around 10,500 kilometres, its route to Christchurch in New Zealand will be the longest. At ‘only’ 8,700 kilometres, it is 17% shorter. The departure from the European market therefore ought to make AirAsia X phase out its fleet of two fuel-thirsty A340-300s, again giving the airline a single fleet of A330-300s.

While the airline blames the EU Emissions Trading Scheme and rising taxes for its departure, all four cities are notably already served with higher frequencies by AirAsia’s new partner Malaysia Airlines, as detailed in the table below.

A combination of UK CAA data and OAG schedule data reveals that AirAsia X has achieved lower seat load factors on its London route than full-service Malaysia Airlines in seven out of last year’s currently reported eleven months. When the route was first launched in 2009, the long haul low-cost airline achieved a higher load factor than its competitor, but already the following year, the situation was reversed.

While AirAsia X pulls out of India, Delhi remains served by Thai AirAsia from Bangkok. Five further Indian airports are also served by the short haul airlines in AirAsia Group.

Although the two Indian routes announced to be dropped ‘only’ compete with Malaysia Airlines, other Southeast Asian gateway airports have seen dramatic capacity increases and it can be expected that this has put pressure on AirAsia X’s operations. From Delhi and Mumbai, seat capacity is up by 24% to Singapore and 11% to Bangkok this month compared with a year ago.

Consolidating in Australasia; Sydney next destination

AirAsia X is now instead focusing on other markets in Australasia. From April 1, when the European and Indian routes all have been dropped, the airline will operate a daily flight to Australia’s largest airport; Sydney. The airport thereby becomes the airline’s fourth in Australia, after Gold Coast, Melbourne and Perth.

Sydney Airport’s CEO Kerrie Mather commented: “AirAsia X has been wanting to tap into Sydney’s strong inbound and outbound markets for some years and we are excited that Sydney will finally be on its destination list in less than three months.” She continued: “More and more Malaysians want to come to Sydney, with growth over the next decade forecast at 4 per cent a year – one of the strongest growing passenger segments.”