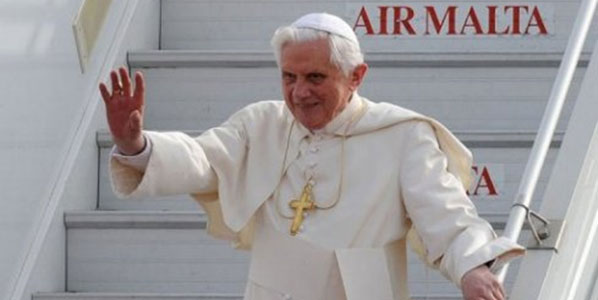 Air Malta, the national airline of the Mediterranean island of Malta, operates a fleet of 12 narrowbody Airbus aircraft; seven A320s and five A319s. In recent years, the airline has transported between 1.6 and 1.7 million passengers per annum, with passenger numbers in 2011 expected to be down around 4%. The airline has had to face growing competition since the summer of 2010 from Ryanair, which made the airport its 41st base in May of that year and will this summer serve 28 destinations from the airport. 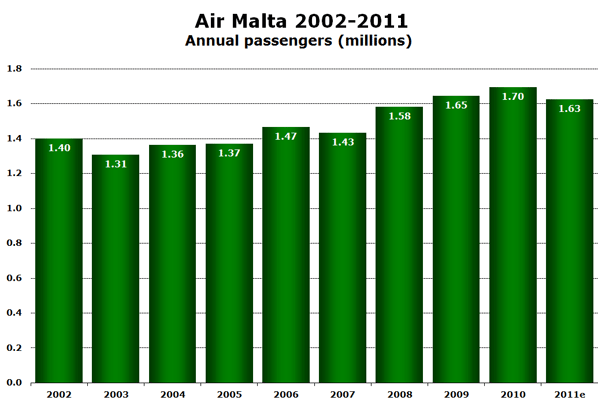 The demand profile across the year has remained very stable in recent years with peak demand (in July and August) around two and a half times higher than in February. Year-on-year passenger numbers have been down slightly every month since November 2010, with the predictable exception of April 2011. 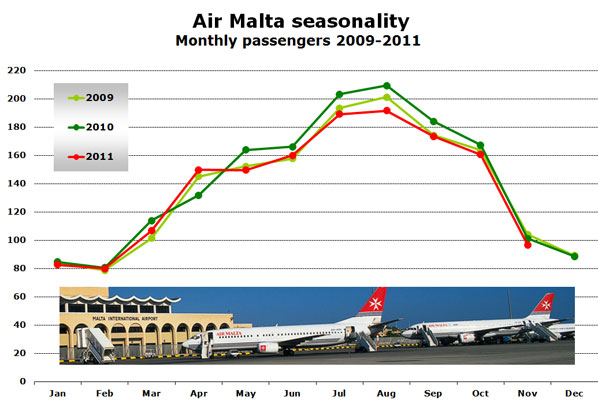 The airline’s last major new route launches were in 2010 when six new destinations were introduced. Milan Linate, Moscow Domodedovo and Naples are still being served this summer, but routes to Damascus, Genoa and Turin appear to have lasted for just a single season.

London and the UK are leading city and country markets

This summer, over 30 destinations across 14 (mostly European) countries will be served with non-stop flights. The three leading country markets of the United Kingdom, Italy and Germany will each be served with around 30 weekly departures this summer. London is by far the leading city destination with double daily flights to London Heathrow as well as daily flights to London Gatwick during the peak summer period.

During the current winter season, the airline is operating 10 aircraft to 21 direct destinations with over 100 flights per week. New services for winter are Berlin, Hamburg and Istanbul, while Vienna gets an increase in frequency. The airline offers a further 22 destinations through its code-share partners; Austrian Airlines, bmi, Brussels Airlines, Emirates, Etihad and Lufthansa.

This summer will see increased competition from Ryanair which is adding six new destinations (Kaunas, London Stansted, Malmö, Oslo Rygge, Turin and Wroclaw) and re-launching services to Bournemouth. The additional London service, which complements the carrier’s existing London Luton service, will be of most concern to Air Malta.

“This winter we will be operating with 10 aircraft and are aiming to float over 770,000 seats to/from Malta. Although this is an ambitious target considering the global economic situation, we are cautiously optimistic that we can achieve good passenger figures also this season. Through this schedule Air Malta is yet again offering our Maltese clients a varied choice of destinations whilst also making the islands more accessible to visitors from abroad. To supplement this schedule we are launching several marketing campaigns throughout our network and also in cooperation with our partners at the Malta Tourism Authority”, said Philip Saunders, Air Malta’s Chief Commercial Officer.