Here’s a curious thing you don’t normally associate with small, very rich Middle East kingdoms: Kuwait’s current airport was designed to handle 6 million passengers but processed 8 million last year, having grown 55% since 2005. However, construction of the new Foster + Partners terminal starts this year and will double capacity by 2016, while allowing future modular expansion to 50 million.

The oil rich state of Kuwait, located on the Persian Gulf, neighbouring Iraq and Saudi Arabia, has only one commercial airport; Kuwait International Airport. At an annual throughput of over 8 million passengers, the airport each year handles well over double the country’s 3.5-million population. 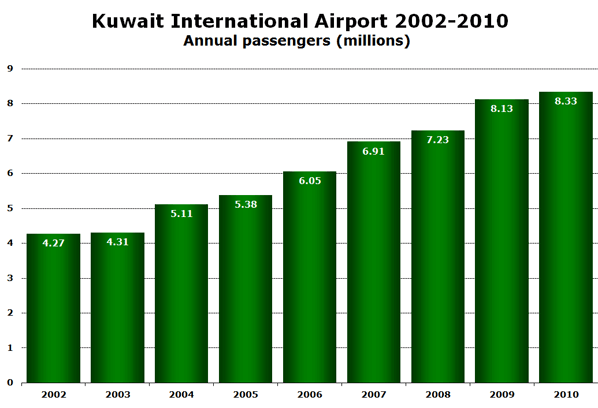 Between 2005 and 2010, passengers at the airport grew by 55%. As a result, the airport facilities are stretched; the current airport is dimensioned for around six million annual passengers. Scheduled seat capacity for 2011 reveals a drop of nearly 8% on 2010’s figures, indicating that the airport’s passengers also may have been down last year. However, schedules already loaded for 2012 suggest a slight growth currently being planned for this year.

The constrained airport will, however, see its facilities expanded. A new terminal, for which construction will begin this year, is expected to double the capacity upon its completion in 2016. The Foster + Partners design will also enable further expansion up to capacity for 50 million annual passengers. 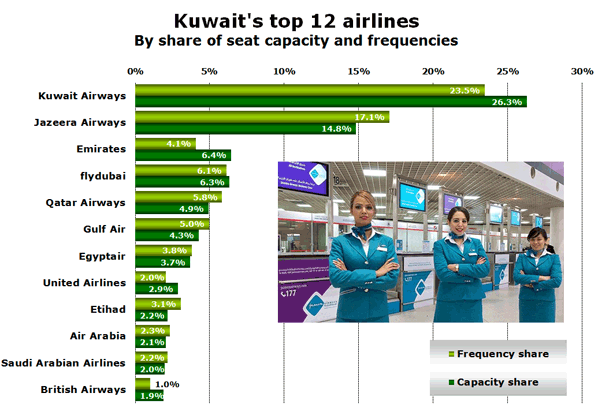 After Wataniya Airways’ downsizing and subsequent bankruptcy last year, which in part can explain the capacity reduction in the Kuwaiti market that year, the country has been left with two local airlines; the national carrier Kuwait Airways and the low-cost airline Jazeera Airways.

Emirates and its low-cost sister airline flydubai are the largest foreign airlines in the Kuwaiti market, followed by a number of the large airlines in the region. Notable in the top 12 rankings for being carriers from foreign continents are United Airlines and British Airways. 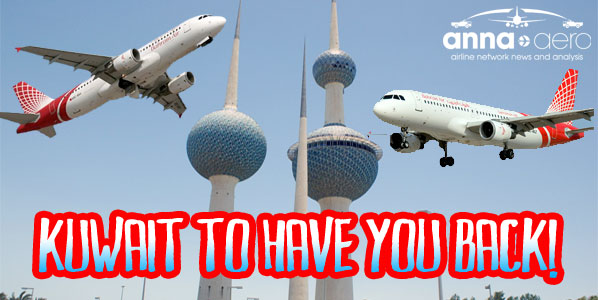 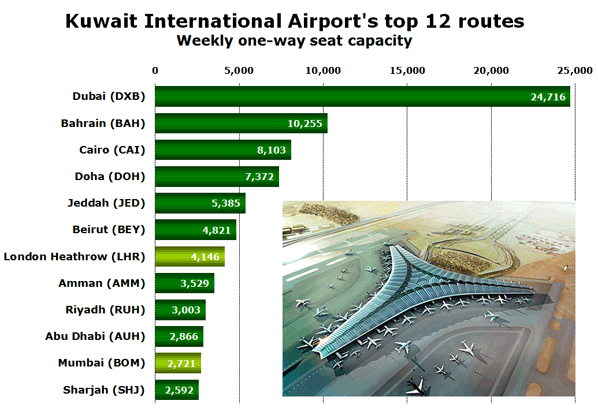 Dubai is by far the biggest destination served from Kuwait with nearly 25,000 weekly seats offered; well over twice the seat capacity offered to Bahrain, which ranks second. In third place, Cairo is notable for being the largest market outside the Gulf States, which can be linked to the large Egyptian diaspora in Kuwait.

London Heathrow ranks as the top intercontinental route thanks to both British Airways and Kuwait Airways operating each daily with wide-body aircraft.

Last year, seven routes were launched to Kuwait and last week, one further route launched, as detailed in the table below.

At the start of the summer season in March, Jazeera Airways will resume services to Istanbul Sabiha Gökçen. Two airlines will also make significant adjustments to their Kuwait schedules. SriLankan Airlines, which currently serves Kuwait twice-daily via Dubai, will begin to operate non-stop to Kuwait from Colombo; however, frequencies are reduces to daily flights. KLM will also reroute its daily flights that currently operate from Amsterdam via Bahrain either on the way out or back. From then on, the stop en-route will be in Dammam in Saudi Arabia.