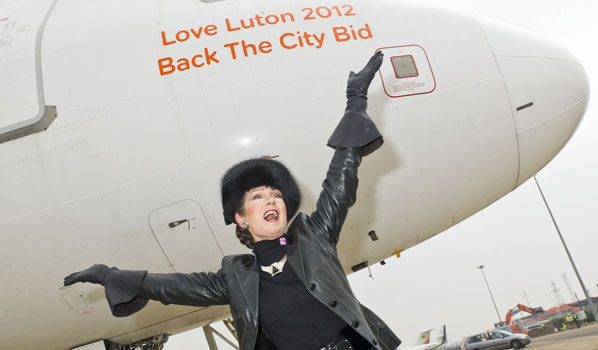 Veteran Luton ambassador, Lorraine Chase, has just christened an easyJet aircraft “Love Luton” as part of the campaign to secure city status for the town (in case you were not old enough to drink alcohol in 1979, Miss Chase starred in TV commercials for Campari during the great decade of flared trousers). anna.aero’s many Luton-loving friends all over the world can help its citizens in their quest by signing the online petition.

At just above 9.5 million passengers in 2011, London Luton Airport is the fourth busiest “London” airport and, although traffic stands at half that of its closest rival, Stansted (which is still declining), last year it managed to grow by 8.9%. Historically a low-cost stronghold among London’s airports, the airport has long been trying to shake this image off, despite the fact that it has seen its traffic more than double since 1998 owing to the quick expansion of its low-cost airline customers, who have also turned the airport into an important centre for Central and Eastern European flights. 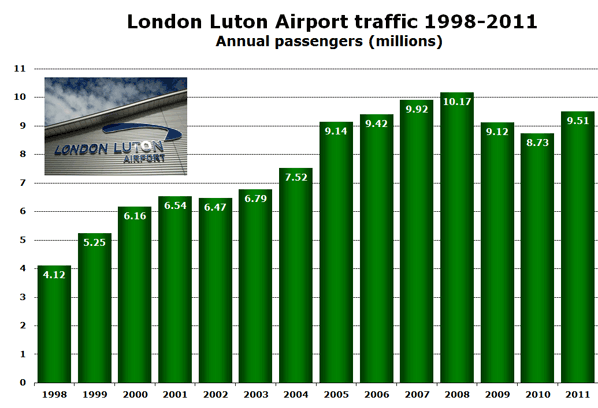 Over the last five years, easyJet has reduced its capacity at Luton Airport by 30%. In the schedule for the coming summer, easyJet offers 2% more seats than last year, but is still much down on previous years. Notably, the airline, which is headquartered at the airport, has been quite open about rescaling their Luton operation in favour of London Gatwick, where it currently operates almost three times as many flights. However, in spite of the significant capacity reductions, easyJet remains the largest airline at Luton Airport. 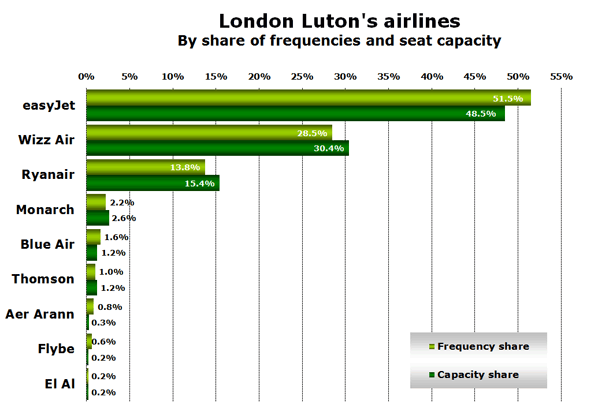 Unlike easyJet, Wizz Air has constantly been growing its capacity at the airport over the last five years, taking advantage of the fast emerging traffic between the London area and Central / Eastern European markets after EU expansion in 2004. This winter, the airline has grown seat capacity by 12.4%. Wizz now provides 145 weekly frequencies to 20 destinations in Central and Eastern Europe, including 21 weekly flights to both Budapest and Warsaw. The airline is also expected to benefit in the coming summer from the Euro 2012 football championships, which are being jointly hosted by Poland and Ukraine, where Wizz Air has a strong presence.

London Luton Airport’s third largest carrier, Ryanair, offers a total of 70 weekly flights. Except for triple-daily services to Dublin, and daily services to both Kerry and Knock in Ireland, none of the destinations are served more than five times a week.

Luton is better in summer 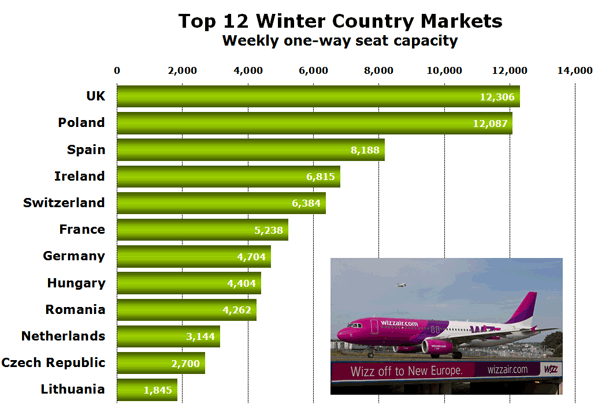 London Luton is more seasonal than most. Winter is dominated by domestic flights, closely followed by Polish services at just above 12,000 weekly seats each. Spain is the third-largest country market with almost 8,000 weekly seats. Other significant winter markets include Switzerland (40 weekly frequencies), Ireland (39) and France (32). 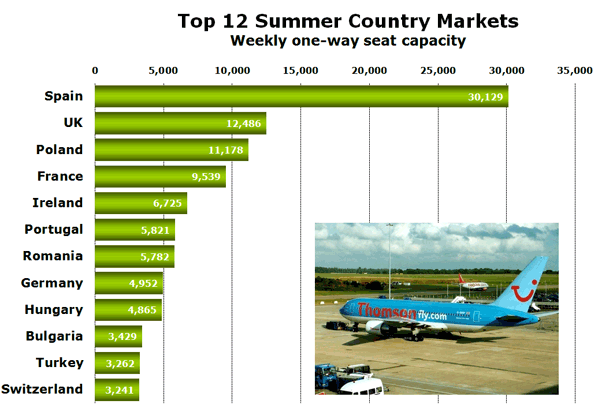 At the start of the summer season, the Slovenian national carrier, Adria Airways, will move from Gatwick to London Luton, becoming the second full-service carrier at the airport after El Al, which increases its Tel Aviv services to six-weekly this summer season; up from just once weekly. The service, first launched in May 2009, was quickly followed by easyJet’s entry onto the route, initially with four weekly frequencies, upgraded to daily last May. A combined 400,000 passengers have used the services since their launch – owing to the populous North London Jewish community – making Tel Aviv one of the key growth destinations for the airport.