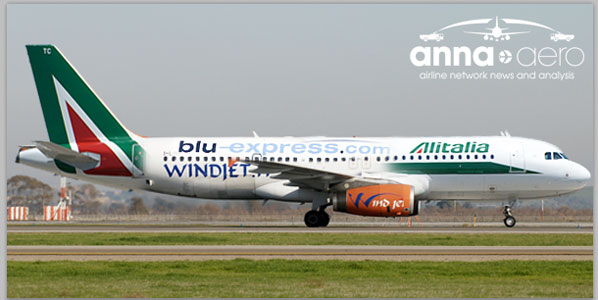 The routes facing the biggest impact of a merger between Alitalia, Blue Panorama and Wind Jet are between the Italian capital and Sicily. The Rome Fiumicino to Catania route would become a monopoly on the new Alitalia. 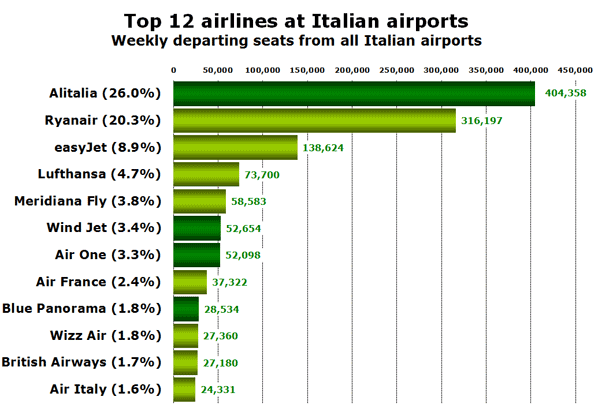 Alitalia leads the way with just over a quarter of all seat capacity with Ryanair accounting for a further 20%. Air One (a separate brand within the Alitalia group) has a further 3.3% of seat capacity. Wind Jet is a fraction bigger while Blue Panorama has just under 2% (its capacity is more seasonal). Between the four airlines, they account for over 34% of the Italian market this February.

Analysis of OAG data for the top 15 Italian airports highlights at which airports Alitalia will gain most market share by absorbing Blue Panorama and Wind Jet. With over 40% of the Catania market, Wind Jet and Blue Panorama will help Alitalia to account for well over 75% of capacity at the largest Sicilian (and sixth largest Italian) airport. 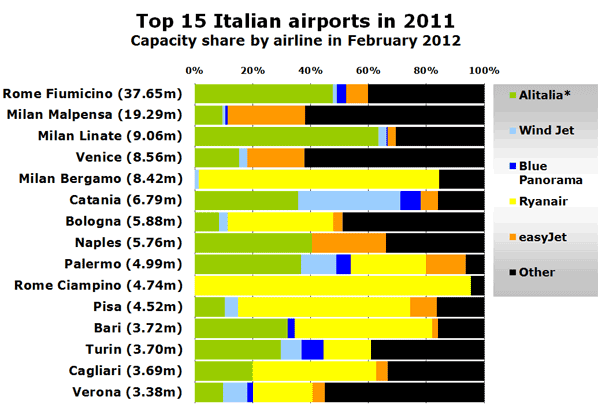 Wind Jet operates 15 domestic routes this winter with the top seven all involving Catania. Twelve of these routes are served daily but only the Rome service is served more than twice daily, with 25 weekly departures, against Alitalia’s 50 weekly departures. This is also a key route for Blue Panorama (which operates its low-cost domestic flights under the blu-express brand) with a further 21 weekly departures. Competition authorities may not be thrilled that a route that is currently served by three different carriers each operating at least three daily flights will, in effect, become a monopoly route with around 13 flights per day controlled by a single carrier.

The Rome – Palermo route would also see major reduction in competition. Currently served by Alitalia, Blue Panorama, easyJet and Wind Jet, the merger of the three Italian carriers would leave only easyJet (operating three daily flights) to compete against a combined Alitalia offering of around nine daily flights.