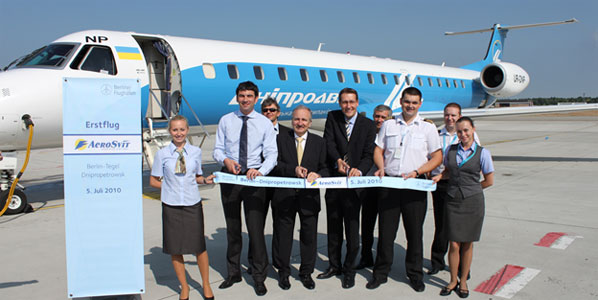 Another glitzy AeroSvit route launch: 22 of AEA’s 30 member airlines reported growth, with 11 even reporting a passenger increase of more than 10%. The Ukraine’s AeroSvit led the way with +65.6%.

Latest data from the 30 members of the Association of European Airlines (AEA) which report traffic data (this does not include airberlin and Olympic Air) shows that passenger numbers in 2011 were up 7.1% to almost 363 million. Capacity (ASKs) is up 8.9% while traffic (RPKs) is up 8.0%, resulting in a load factor drop of 0.6 percentage points to 77.3%. 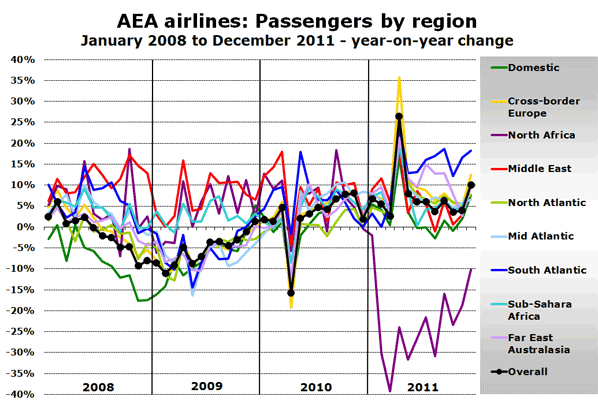 Monthly figures for individual geographic markets highlight dramatically the impact in traffic to and from North Africa as a result of the various political developments in the region during the year. Although the trend is improving even in December passenger numbers were down over 10%.

December was a deceptively good month for the airlines as a result of decent weather across Europe compared with December 2010 when heavy snowfall resulted in many services being cancelled. Apart from the 23.2% reduction in passenger numbers to North Africa in 2011, domestic traffic grew by only 2.7%, while South Atlantic traffic was up 13.0%. Cross-border Europe was up a healthy 9.7%.

In 2011 22 of the 30 AEA member airlines that report traffic figures reported growth, with 11 airlines even reporting an increase in passenger number of more than 10%. Leading the way with growth of 65.6% is AeroSvit, which also reported an improvement of 2.2 percentage points in its average load factor to 71.9%. Another Ukrainian carrier, Ukraine International, ranked second with growth of 52.6%. Its load factor also improved, by 8.9 percentage points to 66.7%. 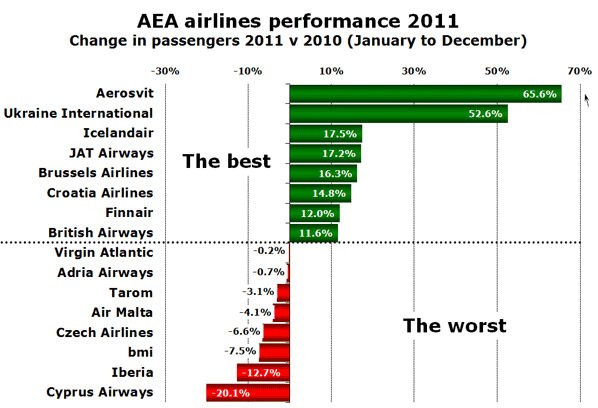 The eight airlines that welcomed fewer guests on board comprised the flag-carriers of the Czech Republic, Cyprus, Malta, Romania, Slovenia and Spain, plus two UK carriers; Virgin Atlantic and bmi British Midland International. 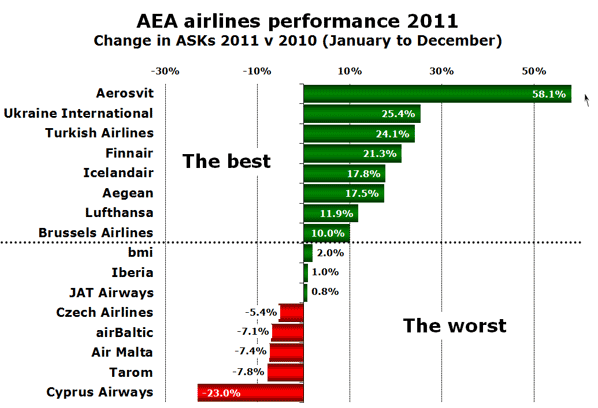 Another interesting case is airBaltic which reported a 4.5% increase in passenger numbers on a 7.1% reduction in capacity. This was achieved thanks to a 5.9 percentage point increase in load factor to 73.7%.

Load factors down overall but up at 15 of 30 airlines

Overall the average load factor across all 30 airlines fell by 0.6 percentage points to 77.3%. However, 15 of the 30 reporting airlines still managed to increase their load factor in 2011 compared with 2010. The biggest percentage point increases have been achieved by JAT Airways (plus 10.4 points), Ukraine International Airlines (plus 8.9 points), Air Malta (plus 6.5 points), airBaltic (plus 5.9 points) and Croatia Airlines (plus 5.2 points).