Route of the Week:
Emirates’ Dubai to Dallas/Fort Worth 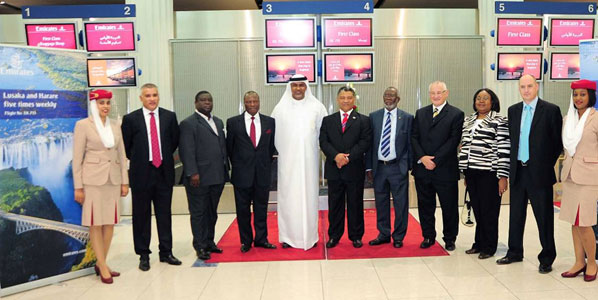 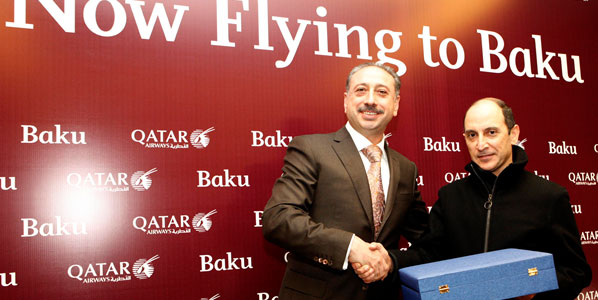 In Baku, Al Baker was welcomed by Azerbaijan Airlines Executive Director & VP Eldar Salimov. Al Baker said: “Azerbaijan’s rich energy resources offer great business opportunities, and a landscape that provides a good base for family and independent tourism. As well as enabling visitors from around the world to visit Baku, we also look forward to providing Azerbaijanis with the opportunity to fly to global destinations on Qatar Airways via our Doha hub.” 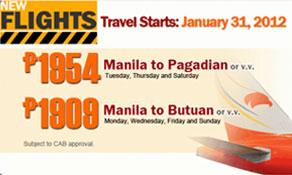 In Londrina, the mayor untied the ribbon together with Azul’s VP commercial Paulo Nascimento and commercial director Antônio Américo. 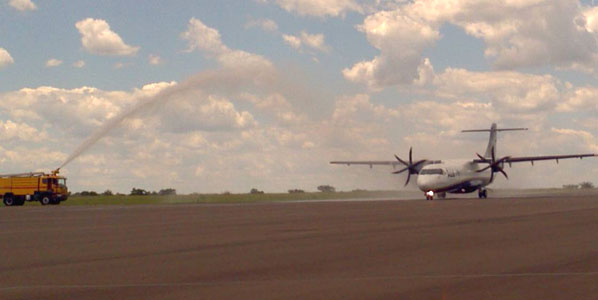 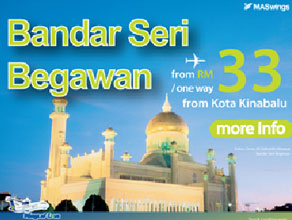 SpiceJet’s CEO Neil Mills cut the diamond-themed cake for the two new routes to Surat from both Delhi and Mumbai, highlighting the city’s large diamond industry. The first passenger got the honour of lighting the lamp for the new route and was given an aircraft model as a memory of the event. 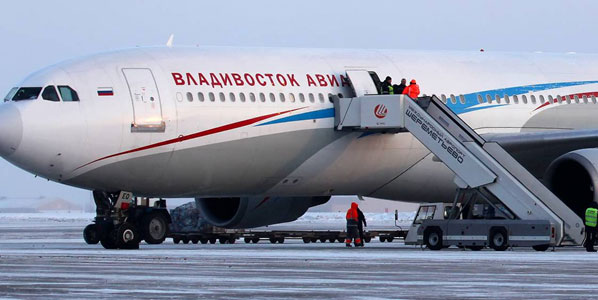 Vladovostok Air now serves Sheremetyevo Airport, as the aircraft stairs reveal in this picture from the inaugural flight. The Russian airline has moved its three routes from the Russian Far East from Moscow Vnukovo to Moscow Sheremetyevo.