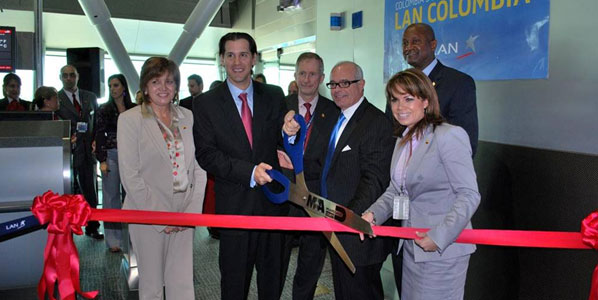 Miami International Airport grew the fastest out of the top 20 airports in the US last year, +7.3%, and the airport has already this year seen the arrival of another new airline – LAN Colombia – suggesting that the end to the growth has not yet been seen.

This week, anna.aero has collected 2011 traffic data for the top 20 airports in the USA, which reveals that between them passenger numbers grew by an estimated 2.5% in 2011. Of the top 20 airports, only two (Chicago O’Hare and Houston Bush) failed to record year-on-year growth, while only Miami recorded passenger growth of more than 6%. In terms of ranking, Houston Bush has dropped from seventh to tenth, as a result of which Las Vegas, San Francisco and Phoenix have all moved up a place. Further down, Seattle-Tacoma has overtaken Detroit for 16th place. 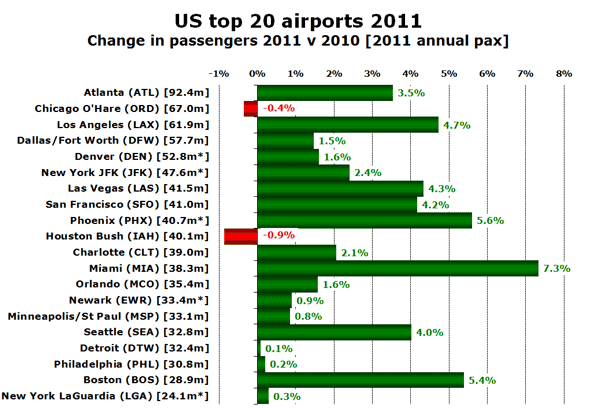 Source: US airport websites *Data only available up to November 2011. Annual traffic estimated by anna.aero.

Among airports ranked between 21st and 30th, growth was on average under 2% with Chicago Midway (+6.8%) reporting the highest growth, and two airports (San Diego and Washington Dulles) reporting modest declines in traffic.