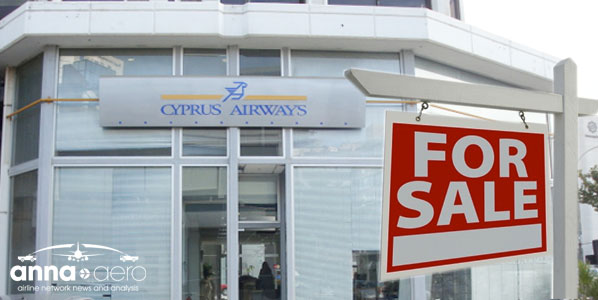 The Cypriot government is willing to find an outside investor to the struggling national carrier, which has seen its passenger numbers drop by 20% last year. As Ryanair establishes a base on the island in April, the airline is likely to feel even further pressure.

Our recent analysis of 2011 data from AEA (Association of European Airlines) revealed that among the 30 members who reported data for last year, the fastest-shrinking airline was Cyprus Airways. The Cypriot national airline reported a 20% drop in passenger numbers from almost 1.6 million in 2010 to just under 1.3 million, and a 23% drop in capacity (as measured in ASKs – Available Seat Kilometres). For most of the last decade, the airline has handled between 1.6 and 1.7 million passengers on scheduled services, so last year’s decline is significant. In recent weeks, the government has indicated a willingness to sell a significant share in the airline to an outside investor. Local reports suggest that Aeroflot, Middle East Airlines and Qatar Airways may have shown some interest, although nothing official has been revealed. In the first half of 2011, the airline lost just over €29 million, but the second half results (due before the end of this month) are expected to be better. 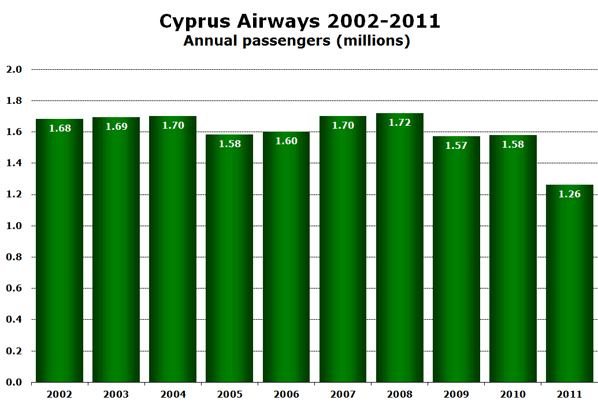 Demand peaks in July and August during the summer holiday season, with passenger numbers then around twice as high as in the off-peak winter months. April, which usually contains Easter, also performs relatively well. 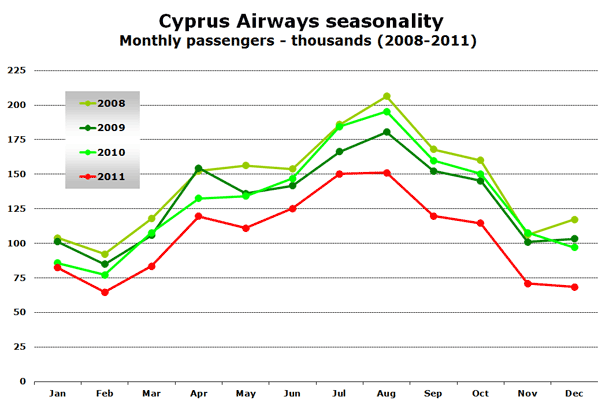 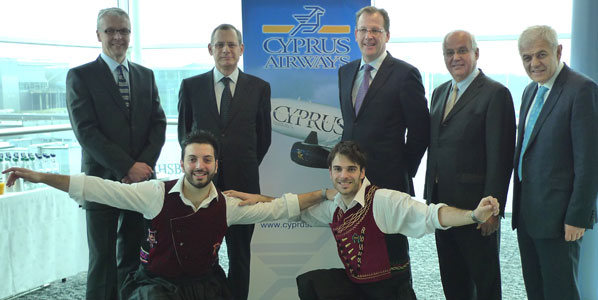 Analysis of the airline’s schedule this winter shows that compared with last winter, the airline has dropped flights to Manchester but has launched new services to London Stansted (on 19 December 2011). For the summer season, the airline plans to start twice-weekly flights to Mykonos, Santorini and Rhodes from 1 July. From its main base at Larnaca Airport, the leading country markets for this summer are Greece, Russia and the UK, with these three country markets accounting for almost 65% of all scheduled flights this summer. 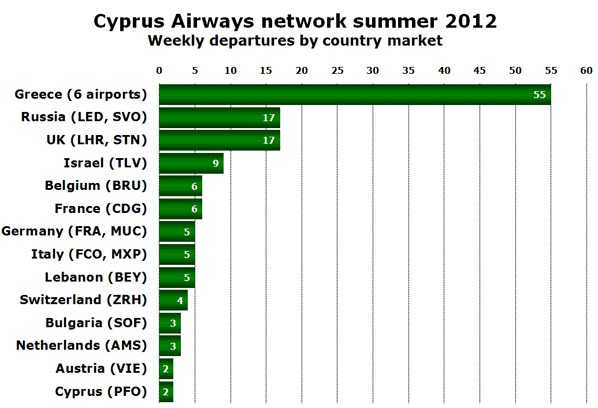 Although the airline has codeshare agreements with several airlines (such as Aeroflot, Alitalia, Brussels Airlines, Etihad, Gulf Air, KLM, Middle East Airlines, Olympic Air and Virgin Atlantic), it still faces competition on several of its biggest routes from the likes of Aegean Airlines (on Athens, London Heathrow and Thessaloniki routes), Austrian (on Vienna), British Airways (London Heathrow), and Lufthansa (Frankfurt and Munich). During the summer, the airline also faces significant competition on its London routes from easyJet, Monarch, Thomas Cook and Thomson, who all operate from London Gatwick.

The decision by Ryanair to establish a base at Paphos, Cyprus’ other international airport, at the beginning of April is likely to add further pressure on Cyprus Airways. Paphos airport is only around 100 kilometres from Larnaca, so could be considered an alternative by cost-conscious travellers. Ryanair’s Paphos network includes flights to Germany, Greece, Italy and the UK.

As part of its on-going cost-cutting, Cyprus Airways has returned its two long-haul A330-200 widebody aircraft to the lessor, leaving it with a fleet of 11 A319/A320 narrowbody aircraft. The A330s will be replaced by two A321s that are to be leased for a period of six years with delivery to the airline due in April and May of this year.