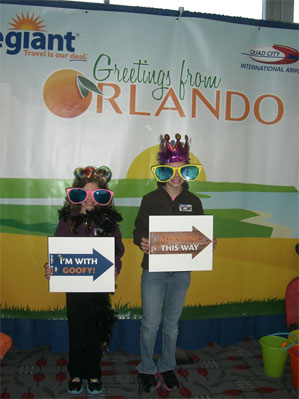 Domestic traffic at 1.13 million was the second highest in the airport’s history beaten only by 2009. With the latest batch of new routes 2012 should see a new record for domestic passengers at the airport. 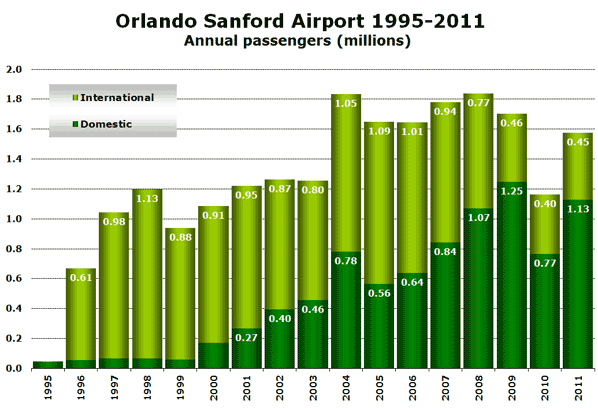 Allegiant will serve 40 destinations from SFB this year

According to the airline’s booking tool it is currently offering 40 routes to and from Orlando Sanford. As of the beginning of March a total of 36 routes are operating, with four more (Bloomington, Laredo, McAllen, and Shreveport) starting/resuming from mid-May. As previously revealed at Allegiant’s base in Phoenix-Mesa, Arizona the airline tries to operate routes only on days when demand is highest. As a result at Orlando Sanford the airline operates between 17 and 19 daily departures on all days except Tuesday (seven) and Saturday (13). 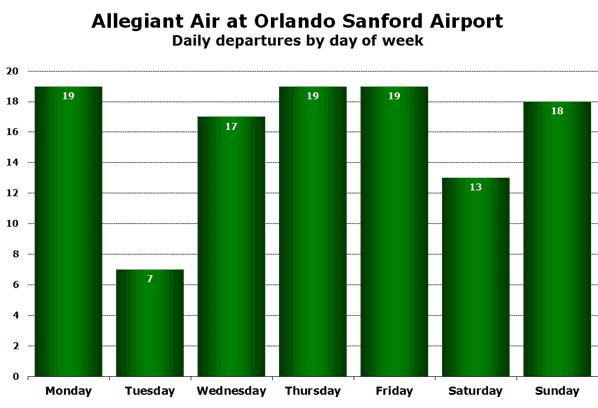 This results in the average frequency across all 36 routes being just over three flights per week.