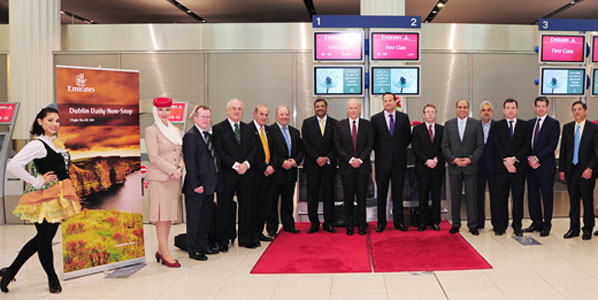 January 9: Emirates launches its Dublin-Dubai service in a ceremony attended by Irish Minister of Transport &Tourism Leo Varadkar and Emirates’ President, Tim Clark. Ireland’s airport traffic has declined a scary 23% since 2008 – although current traffic is still up 40% on 1999. Growth returned +1% last year with Dublin managing a 1.7% improvement. 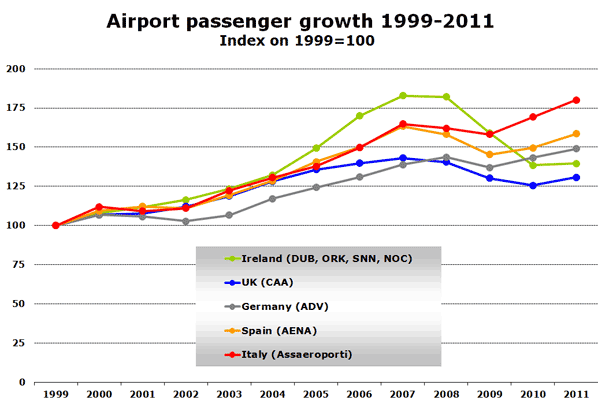 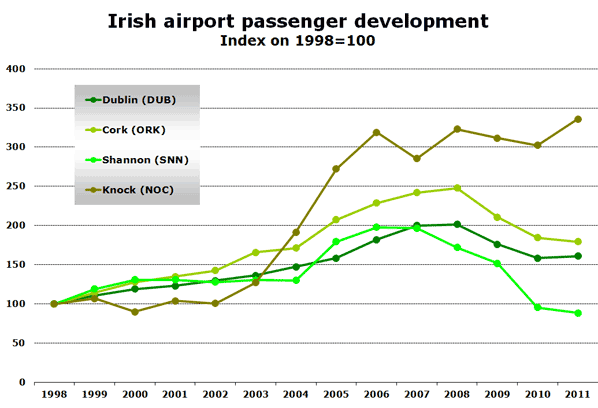 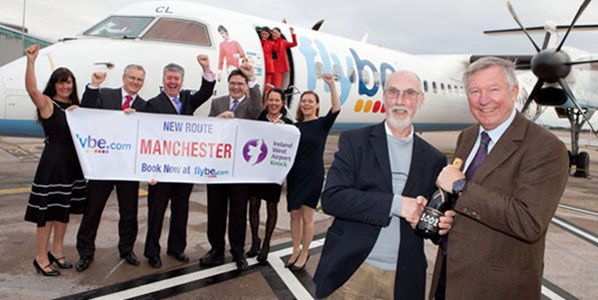 In the last three years, between 2008 and 2011, passenger numbers at the country’s big four airports have fallen by 23%. Comparing schedule data for a week in July 2008 with that of a week in July 2011 helps identify the main causes of this drop in capacity.

The biggest change has been the much-publicised cut in services by Ryanair, which reduced its weekly capacity by 26%, equivalent to over 47,000 departing seats, as a result of increased taxation and increases in airport charges. However, this represents only just over half of the total loss of weekly seat capacity (87,000) between these two periods. Aer Arann cut over 60% of its own branded seat capacity (equal to some 17,000 weekly departing seats), while LOT’s former LCC centralwings (the fourth biggest airline at Dublin in the summer of 2008) was closed down during the autumn of 2008, resulting in the loss of 10 routes and a further 7,500 weekly seats. Although Aer Lingus also cut capacity on its mainline routes to Europe and North America it compensated by agreeing a deal with Aer Arann for that carrier to operate a range of short-haul routes under the Aer Lingus Regional brand. These routes and services are included under Aer Lingus in 2011.

Another significant event was the decision by British Airways to pull out of the Irish market. In the summer of 2008 it had operated flights to Dublin from London City, London Gatwick and the City of Derry in Northern Ireland, but last summer its only presence in Ireland was a technical stop in Shannon for its London City A318 service bound for New York’s JFK airport. This represents a reduction of over 4,500 weekly seats, while bmi British Midland and its subsidiary bmibaby have also, between them, reduced their presence by some 5,000 weekly seats.

Although the domestic air market is not huge it has seen a major reduction in capacity in the last three years, partly as a result of better road connections between Ireland’s main towns.

In total capacity on domestic routes has fallen by 66% in just three years from just over 35,000 weekly seats to just under 12,000.

The introduction of the €10 tourism tax in March 2009 has clearly had some impact on demand, although after much lobbying, it was reduced to just €3. The DAA (which operates Cork, Dublin and Shannon airports) recently announced that it would be paying out €1.5 million in airport charges rebates, shared between 30 airlines that grew their operations at Dublin in 2011. Dublin increased its passenger numbers by just over 300,000 last year (1.7%) and airlines that will receive a refund, based on their level of growth, include Aer Arann, Aer Lingus, Etihad Airways, Lufthansa, Norwegian, SAS, Swiss, Turkish Airlines and US Airways. Ryanair is notably absent from this list. The scheme will be continued in 2012 and 2013.

New routes already announced for 2012 from Dublin include; Aer Lingus to Stockholm and Verona, Aer Lingus Regional to Bournemouth, Emirates to Dubai (which launched on 9 January), Lufthansa to Düsseldorf, Ryanair to Budapest, Verona and Warsaw Modlin, and United/Continental to Washington Dulles.